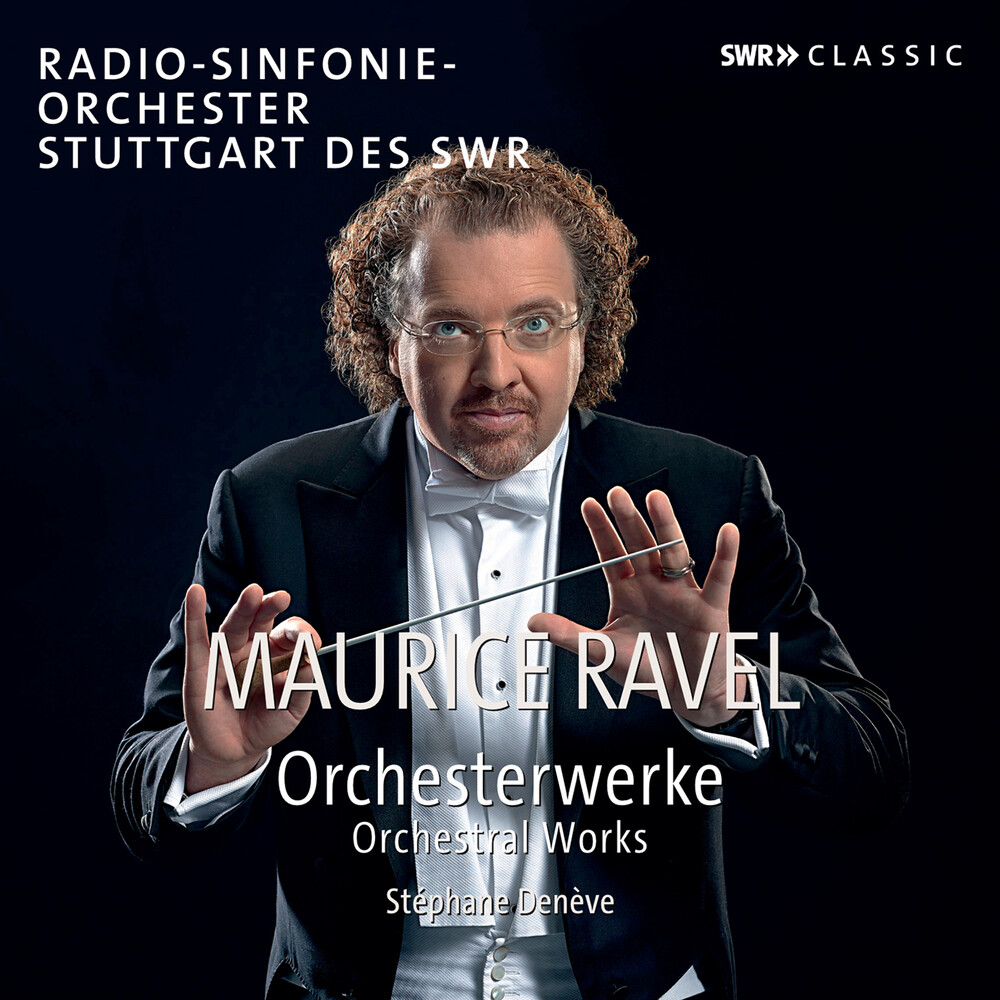 Stéphane Denève, triple winner of the Diapason d'Or of the Year, produced many outstanding recordings as chief conductor of the SWR Radio Symphony Orchestra, Stuttgart from 2011 until 2016 when the orchestra merged with it's sister orchestra from Baden-Baden and Freiburg to form the SWR Symphony Orchestra. They are now reissued as a five album boxed set including the ballet Daphnis et Chloé, Ravel's longest work, written for Sergei Diaghilev's Ballets Russes, and the operas L'Heure espagnole and L'Enfant et les sortileges. Although the two operas cannot be strictly considered orchestral works, they are essential to understanding the ouvre of a composer who had a great predilection for fantasy worlds and the exotic. As a student Ravel composed the Ouverture de Shéhérazade and, several years leter, three poems for voice and orchestra on the same topic - both works form part of this set. Throughout his entire career, from Une barque sur l'ocean to Ma mère L'Oye Ravel created magical soundscapes in a highly original manner and with great stylistic freedom. A big inspiration for him was American operetta but also jazz and fairy tales. The formal structure of his works has the clarity of crystal and the elegance of mathematics. The SWR Radio Symphony Orchestra, Stuttgart and the cast of young singers selected by Denève give thrilling interpretations.