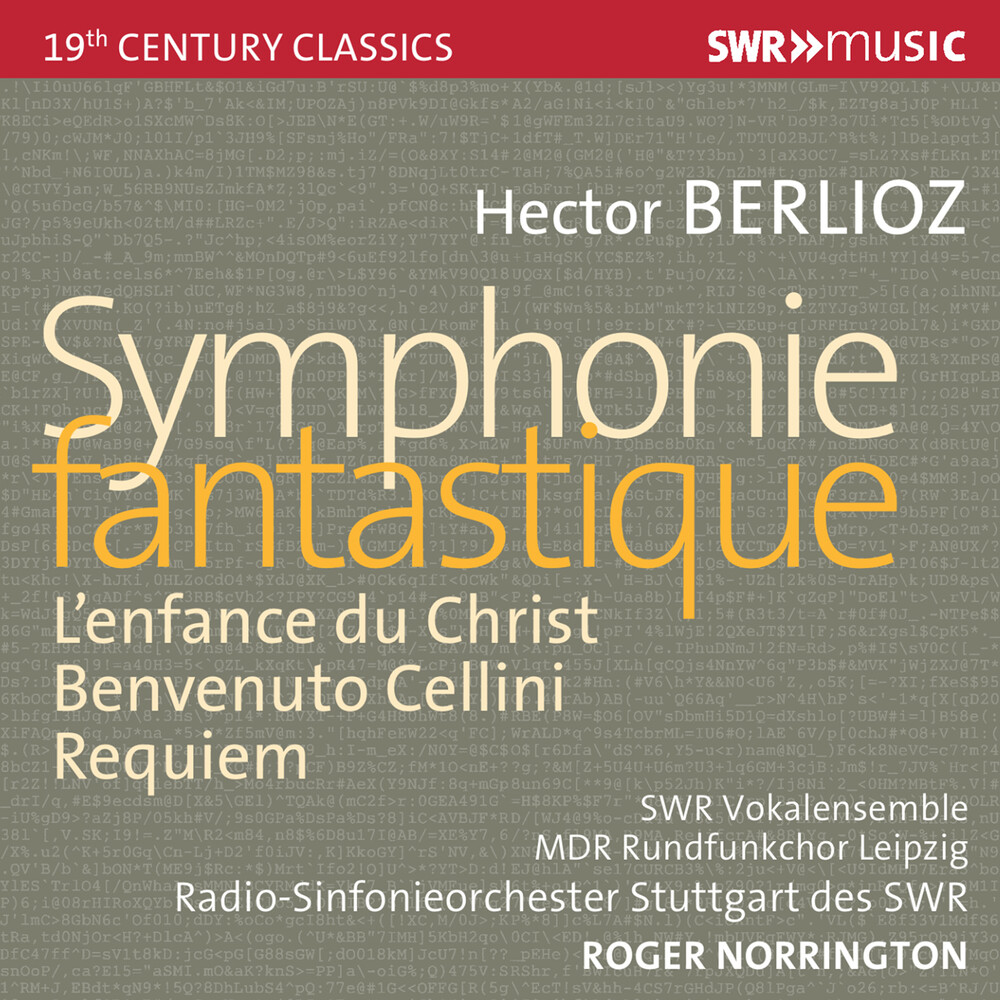 During his thirteen years as chief conductor of the Stuttgart Radio Symphony Orchestra of SWR Sir Roger Norrington conducted and recorded an important part of Berlioz's core repertoire. The present boxed set brings together on seven CDs the Requiem, the opera Benvenuto Cellini (concert performance), the oratorio L'Enfance du Christ, the overture Les Francs-juges and of course the Symphonie fantastique. Norrington's style has caused a stir internationally with what has come to be termed 'The Stuttgart Sound': a synthesis of historically-informed performance practice with the technical capabilities of a modern orchestra. Whether in Mozart, Haydn, Bruckner or Berlioz, Norrington seeks to capture the performance experience of the time, adjusting the orchestra's size and seating plan to create an authentic sound without vibrato. Hector Berlioz had to surmount a variety of challenges before he was able to pursue his musical vocation. His father, a respected physician in the provincial South of France, was not readily willing to come to terms with his son's intention to quit his medical studies and turn instead to music. He therefore made all further financial support subject to Hector's climbing up the musical ladder at lightning speed. Alas, it didn't work so easily. Berlioz's road to success was tedious and marked by adversity and struggle, his personal life tumultuous. The uniqueness and originality of his musical style are no longer disputed, but this insight came at the end of a decades long process.