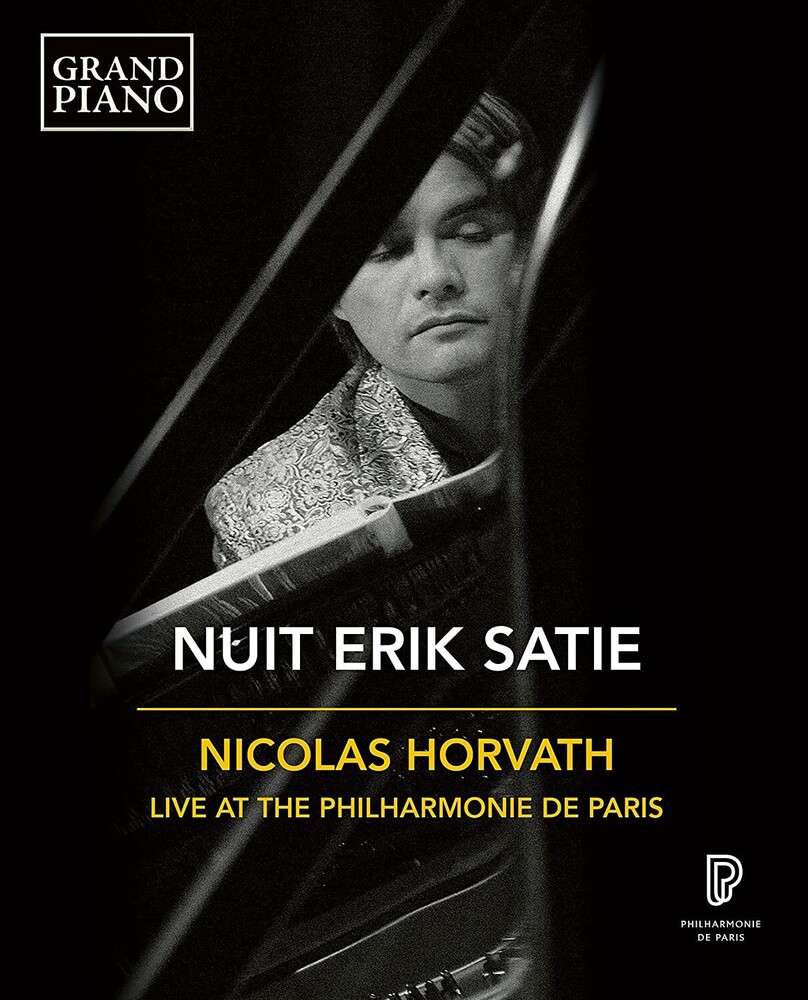 On Saturday October 6, 2018 at the Philharmonie de Paris, Nicolas Horvath sat down to perform Erik Satie's complete works for piano without a break. The event was captured in this fascinating film by acclaimed director Thierry Villeneuve and features selections from Horvath's marathon eight-hour performance, filmed in black and white. This immersive visual experience sees Satie's mysterious and timeless music brought to life in a dreamlike conflation of past and present in front of a captivated audience. Horvath wrote of the evening: "This concert was remarkable, the press coverage was incredible (all of the main media previewed it as a 'must see concert'). Curiously, and unlike everything I had prepared, or even in my very own recordings - performing all of a composer's music with no break at the very same concert takes you to unexpected territories. I was very surprised at the risks I took from time to time, both musically and technically. But listening to the whole eight hours of musical evolution makes clear that each decision was a logical part of a larger unity, as it was mirrored in other later pieces..."