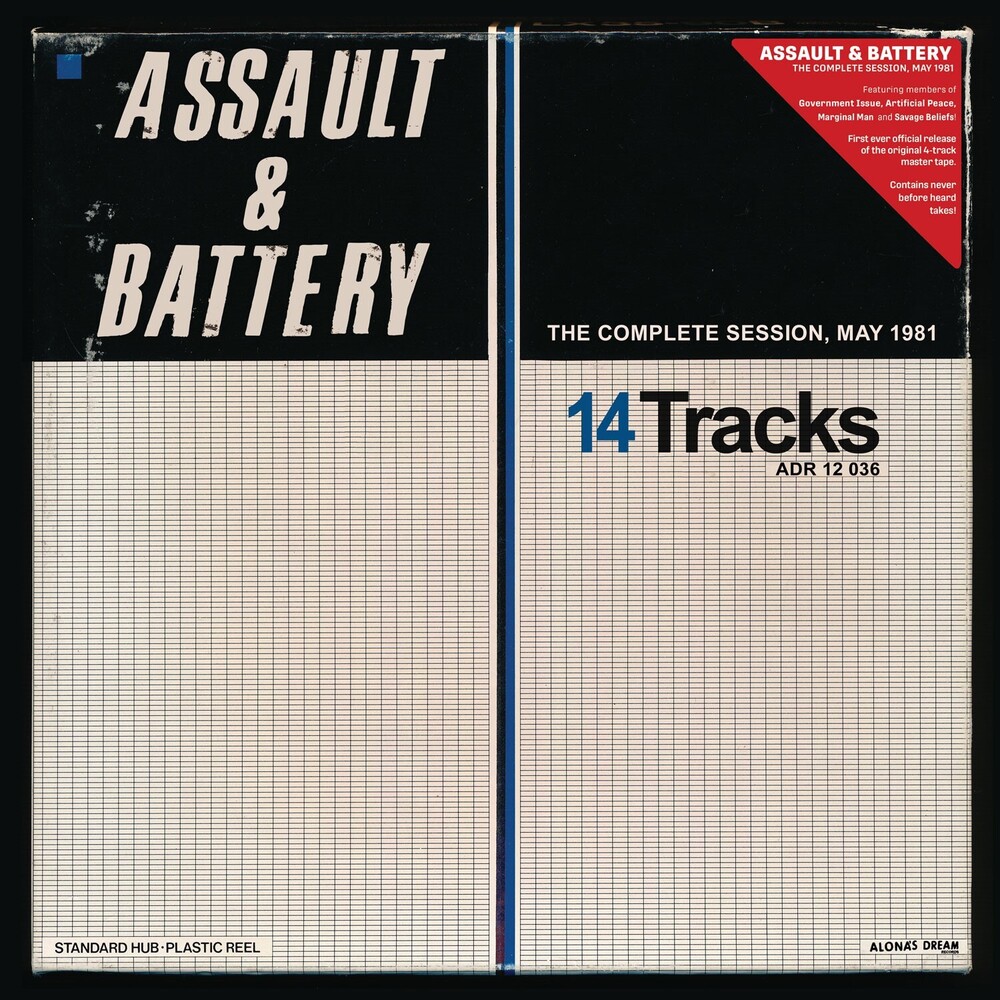 'DC hardcore punk legends Assault & Battery featured members of the original lineup of Government Issue, Artificial Peace, Marginal Man and Savage Beliefs. This first ever official release of their only studio recording - expertly transferred from the original 4-track master in Chicago at Electrical Audio and subsequently mastered by Tom Withers a.k.a. Tommy Stupid - documents a vital group in the first flourishing of the DC Hardcore scene. It contains the band's previously bootlegged songs, plus never before heard takes! Limited Edition 160 gram metallic gold vinyl (500 pressed) in a 20pt board jacket with printed inner sleeve with liner notes by the band.