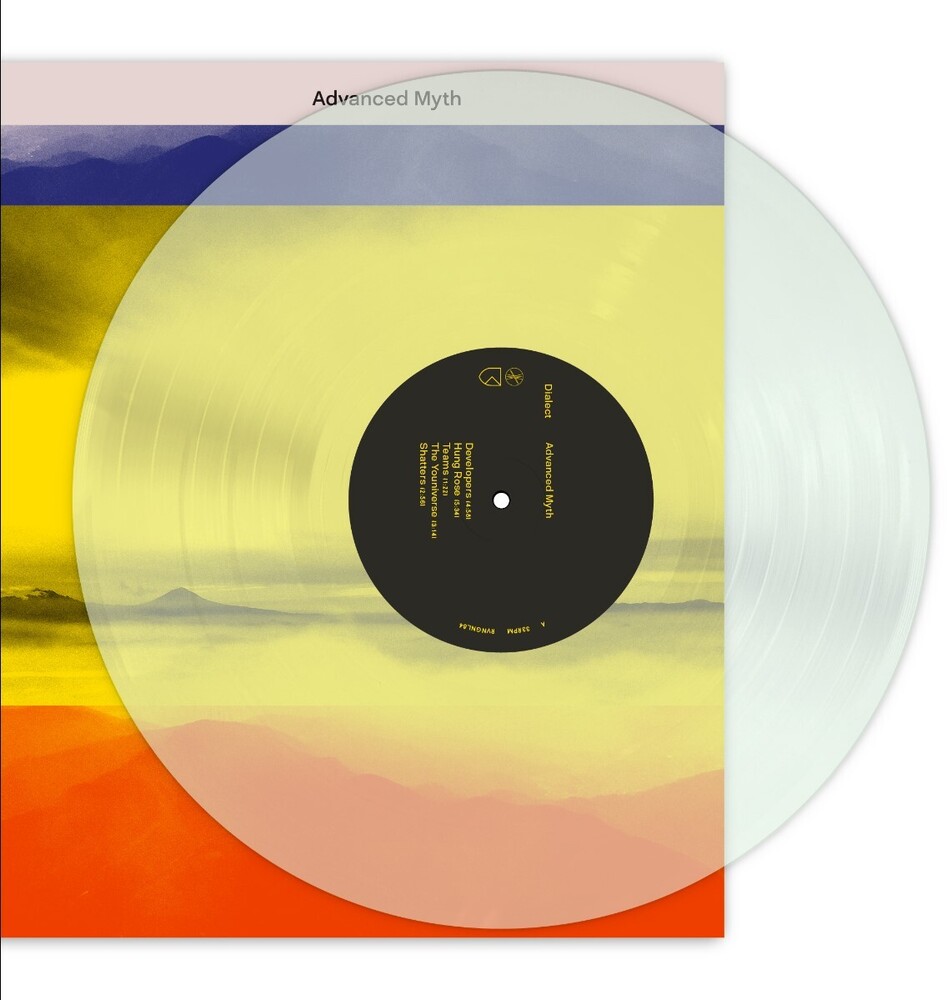 Advanced Myth is the lucid debut album from Dialect, the long standing project of British composer, multi-instrumentalist, and field recordist Andrew PM Hunt. An enchanted exploration of unusual source synthesis, electroacoustic arrangements, and sound found in foreign environments, Advanced Myth is it's own cosmos expanding and contracting in real time. Advanced Myth coincided with the creation of the Liverpool-based musician's Dialect moniker, marking a more permanent uncoupling from the "frontman" dynamic Hunt wrestled with as part of Sophisti-pop band, Outfit. Happily unmoored ever since, Hunt has built a broad oeuvre with a quiet confidence across several album, including Gowanus Drifts (2015), Loose Blooms (2017), and Under - Between (2021), his debut for RVNG Intl., and it's companion piece, Keep Going... Under. "Doing something as abstract as Advanced Myth was a real change for me at the time and turned out to be something of a new start," Hunt explains. "The band had a studio set up in a disused block of flats just across from the big, shared house we all lived in, and I started to record there by myself a lot. At some point in 2013, I realized I'd amassed a huge collection of miniatures and a few larger pieces which had nothing to do with what the band was doing. Dialect became a way to gather these ideas together and find my own voice." Steering towards lesser-explored musical terrains wasn't new to Hunt even then; he'd toured the UK and Europe underground in various projects since his teenage days, and contributed to large ensemble performances of work by the likes of Terry Riley and John Cage. However, Advanced Myth was made amidst a correlation of events that set him on a fresh trajectory, including a new relationship (with his now-wife), the winding down of Outfit, and time spent living in New York City.