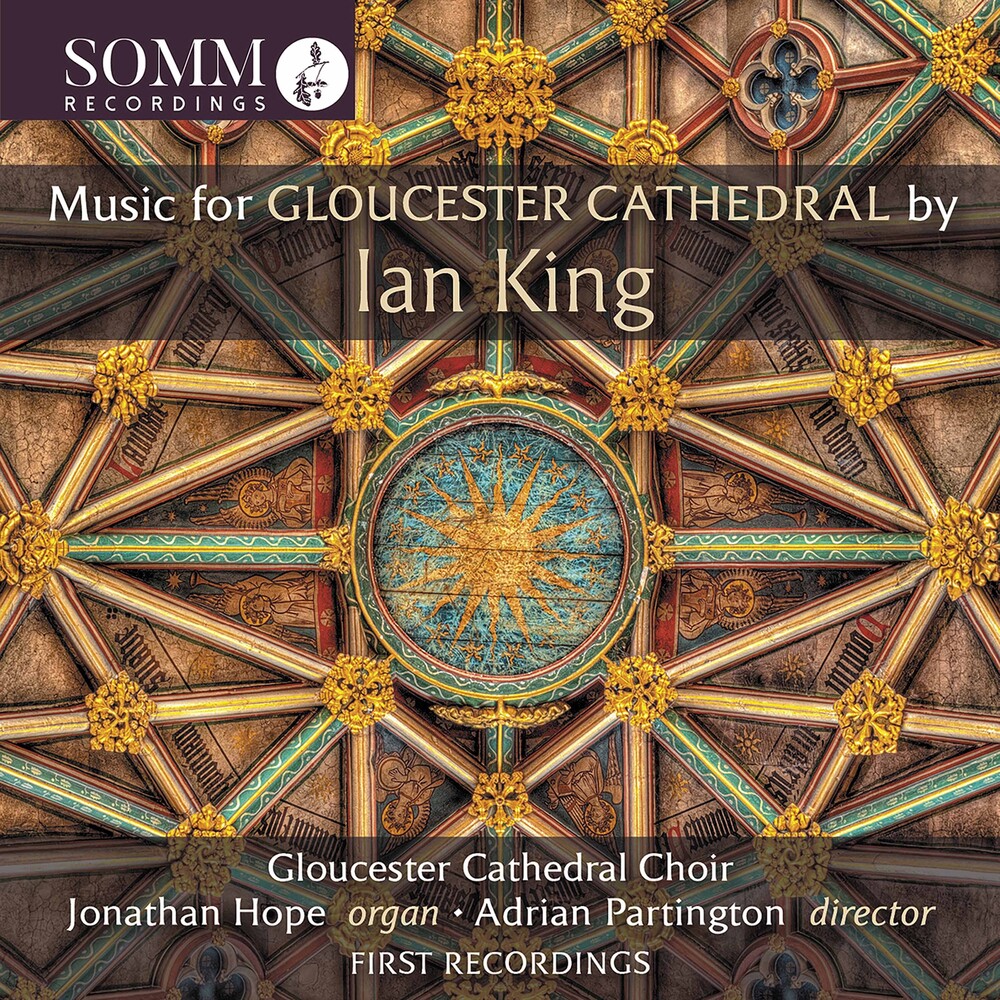 SOMM Recordings is delighted to announce the first recordings of church music by Ian King composed for, and performed by, Gloucester Cathedral Choir. Led by the Cathedral's Director of Music, Adrian Partington, with Nia Llewelyn Jones, conductor of the Girls' Choristers, and Assistant Director of Music Jonathan Hope as organist, the choir presents first recordings of 11 works composed between 2012 and 2020 by Ian King. All were first performed in the imposing surroundings of Gloucester Cathedral, where this recording was made in June 2021. Ian King died shortly before the sessions took place but had worked closely with Adrian Partington in planning this recording and was delighted that these choral works were to be committed to disc by the choir for which they were written. The program includes the Magnificat and Nunc dimittis commissioned for the Gloucester Three Choirs Festival in 2016, a setting of the St. John Passion, specifically designed for liturgical use, and a wonderfully atmospheric realization of Carol Ann Duffy's poem, The Christmas Truce. Adrian Partington commented: "I believe that in time Ian King will be recognized as a significant composer of Anglican Church Music. It has been a privilege for me to conduct all these wonderful works; I am delighted that the Gloucester Cathedral Choir has made their premiere recordings. These, and the rest of Ian's choral output, deserve to be widely known and performed. I hope our recording will bring them to the attention of other conductors and choirs. "