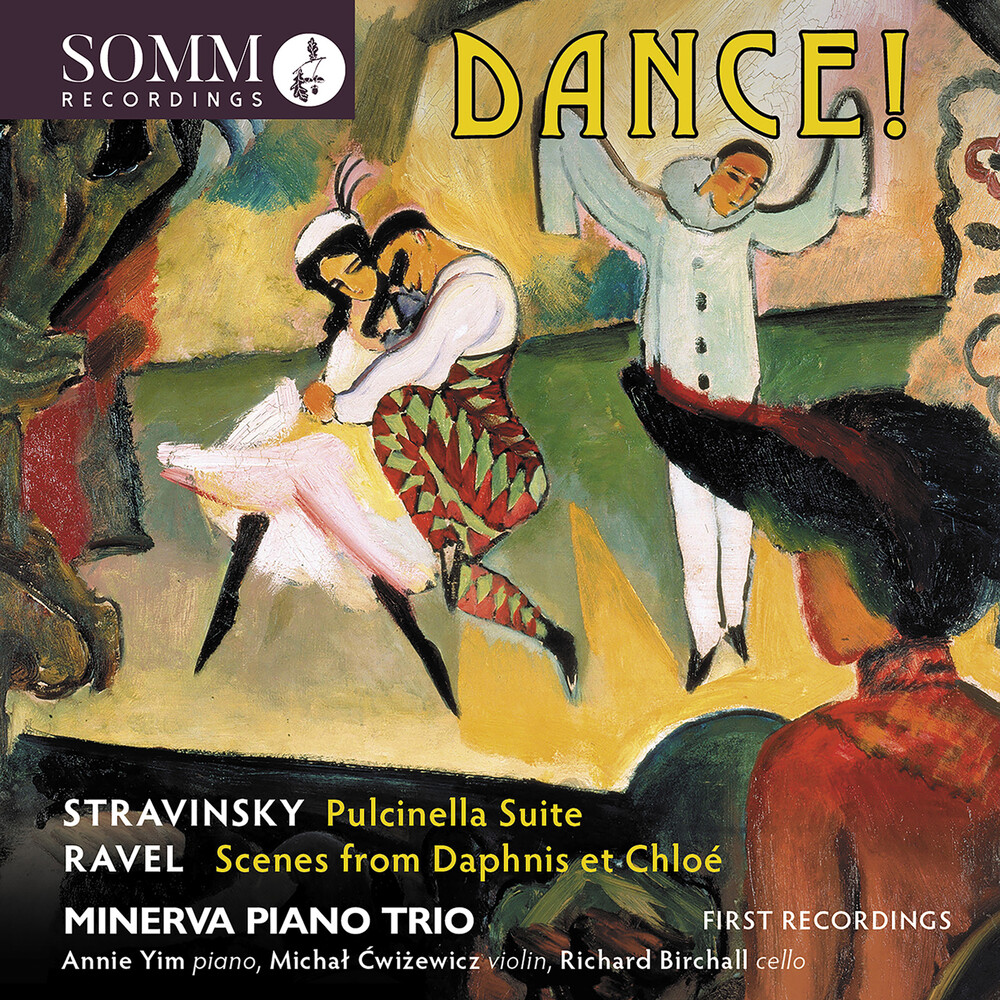 SOMM Recordings is thrilled to announce Dance!, the debut recording by the Minerva Piano Trio, featuring seminal pieces by Stravinsky and Ravel alongside new work by two British composers, Cheryl Frances-Hoad and Richard Birchall, and Pulitzer Prize-winning American, Caroline Shaw. Formed in 2013 and acclaimed for their "immaculate technique... high degree of maturity, concentration, commitment and energy" by Classical Source, the Minerva Piano Trio - pianist Annie Yim, violinist Michal Cwizewicz, and cellist Richard Birchall - has earned glowing plaudits from audiences and critics alike, Arcana FM marking them as "an ensemble which is clearly going places", Classical Source declaring "how lucky modern-day composers are to have such expert and sympathetic advocates", The Times praising them for "the most beautiful sounds". Dance! Features two ballet pieces by Stravinsky and Ravel, the former's Pulcinella Suite arranged by the Minerva's Richard Birchall, the latter's Daphnis et Chloé heard in David Knott's arrangement of three scenes that, says the Trio's Annie Yim, illustrate "the discovery of love: innocence, awakening, touch, and passion". Both arrangements are receiving first recordings. Also making their debuts on album are Birchall's own Contours, described by Caroline Potter in her informative booklet notes as exploring "the notion and elastic meaning of it's title in different ways", and, in Annie Yim's arrangement, Caroline Shaw's Gustave Le Gray. Rooted in a Chopin Mazurka, it eloquently mimics it's artist namesake's facility for poetically layered voices and images. Completing the recital is Cheryl Frances-Hoad's My Fallen Angel. Inspired by a short story about the dour, deadening domesticity of married life by the poet Sylvia Plath, Potter likens both composer and piece to Olivier Messiaen, hailing the work's "logic and appealing sound world of it's own" and Frances-Hoad as "a sound-color synesthete who associates specific colors with sounds".