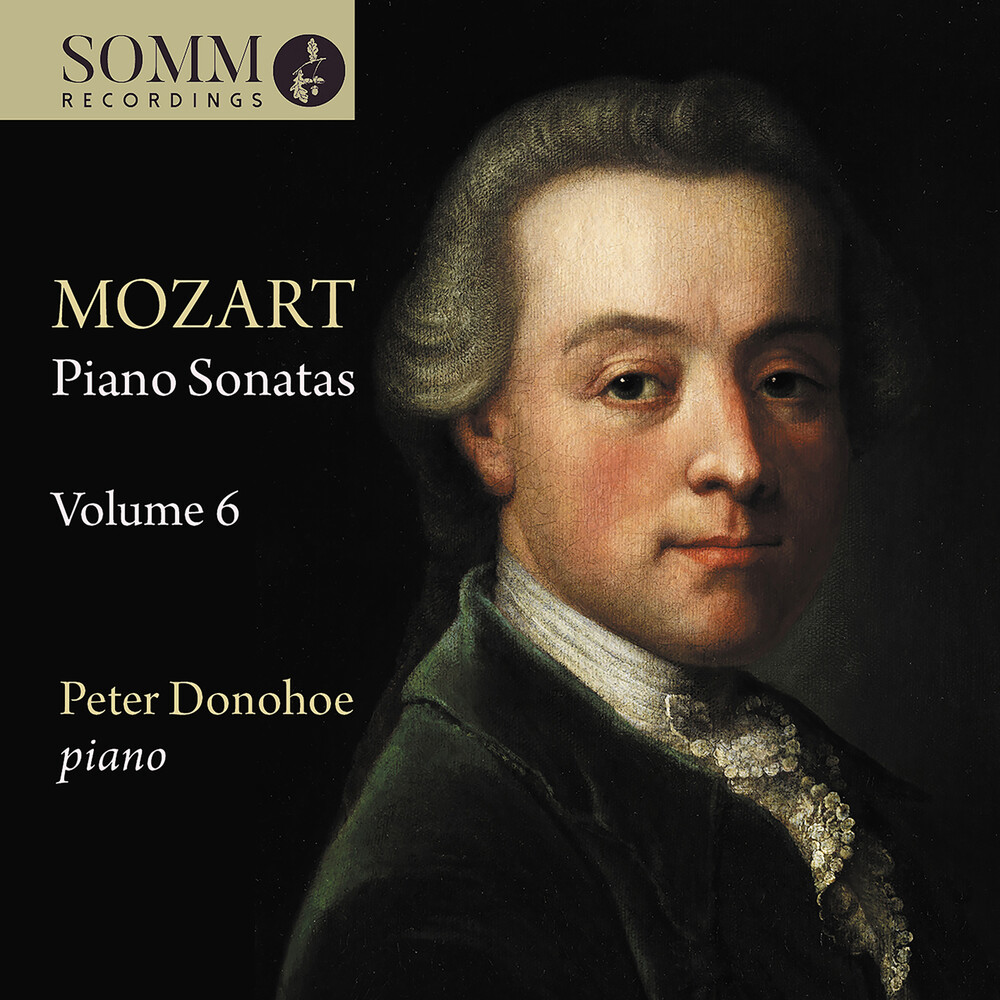 SOMM Recordings' acclaimed survey of Mozart's Piano Sonatas by Peter Donohoe reaches it's end with Volume 6 featuring four works illustrating the composer's endless fascination and creative invention with the piano. Mozart described the Piano Sonata No.16 (K.545) as "a little piano sonata for beginners". It is so much more than that. As Christopher Morley says in his authoritative booklet notes: "Sounding deceptively simple... The opening movement even so probes the player's technique with a searching spotlight with scales demanding clarity and fluidity, sequences shared between both hands requiring equality of balance, and an absolute steadiness of pulse". The early Piano Sonata No.4 (K.282), says Morley, reveals the likely influence of CPE Bach, a "rococo/galant bridge between Baroque and Classical approaches". This revealing six-volume survey concludes with the "awesome pairing" of the improvisatory K.475 Fantasia and Piano Sonata No.14 (K.457), "the Fantasia, which encapsulates so much over so short a span... puts the pragmatic resourcefulness of the sonatas themselves into such telling perspective". SOMM's Mozart Piano Sonatas cycle has attracted superlative reviews. Volume 1 (SOMMCD 0191) received the accolades of BBC Music Magazine's Recording of the Month and MusicWeb International's Recording of the Year. Volume 2 (SOMMCD 0198) was also a MusicWeb International Recording of the Year, with Musical Opinion describing Peter Donohoe as "an ideal interpreter", adding "no finer accounts of these still neglected masterpieces will have been offered to the public". Volume 3 (SOMMCD 0613) was hailed by ClassicalMusicDaily as "a recording full of joy... The collection as a whole deserves to be celebrated"; Volume 4 (SOMMCD 0629) praised by BBC Music Magazine as "an insightful survey", adding "Mozart would have approved".