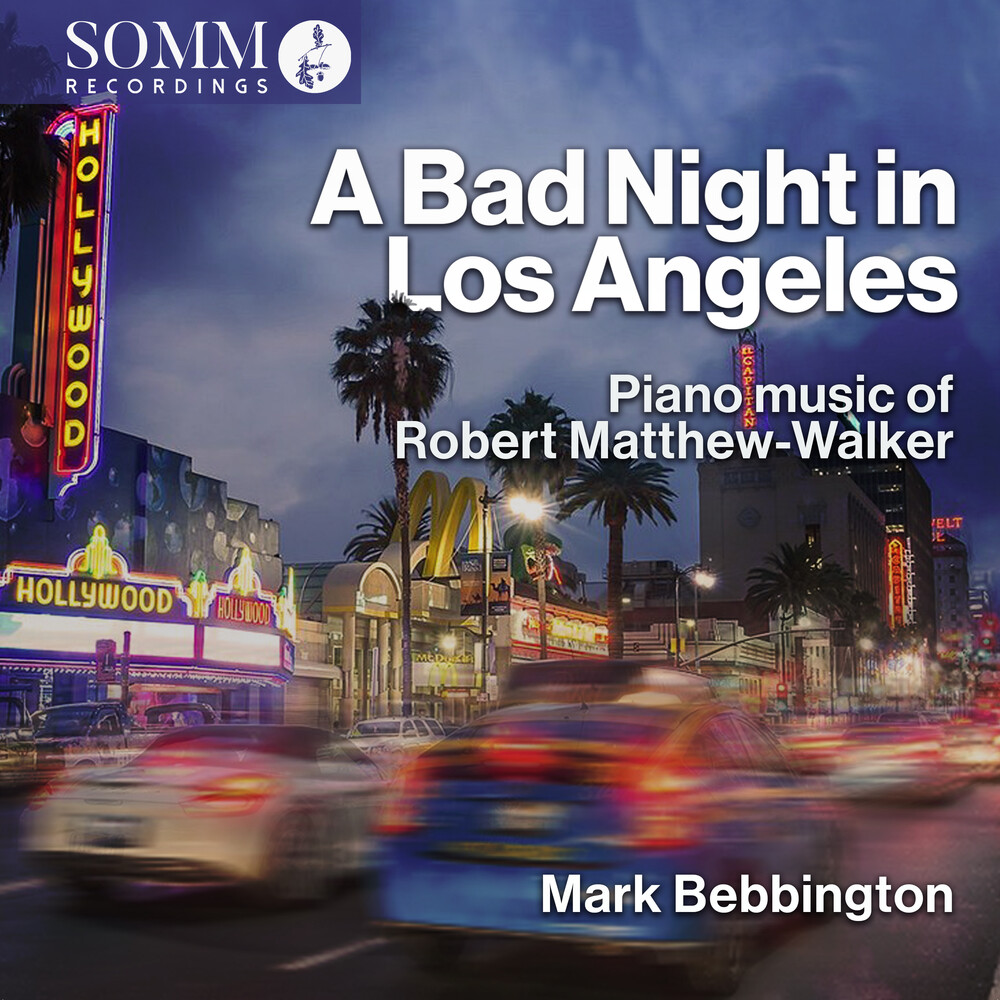 SOMM Recordings is delighted to announce - A Bad Night in Los Angeles - a disc of music for solo piano and piano duet by Robert Matthew-Walker, with Mark Bebbington partnered by Rebeca Omordia. Matthew-Walker has been an influential part of the classical recording industry for more than 50 years, running marketing and publicity departments for leading labels CBS and RCA, and as editor of Musical Opinion magazine since 2009. A Bad Night in Los Angeles features first recordings of eight works composed between 1980 and 2021, including the title track - "disco dance music for the piano" - one of Three American Pictures offering vibrant impressions of the City of Angels and New York. The earliest, substantial work, Fantasy-Sonata: Hamlet, Matthew-Walker's Third Piano Sonata, is "neither programmatic nor a character portrait", says the composer who describes it as "a metaphysical work". The Evening of Memory is a contemplative piece inspired by a comment by the American General Douglas MacArthur, Nocturne and Aubade two contrasting miniatures for left-hand, Battledore, a five-part suite for children. Completing the disc are tributes to other composers: The Fields are White Already "a contemplation for solo piano in memoriam John McCabe"; Fantasy on a Theme from Malcolm Arnold built around the older composer's name; and Divertimento on a Theme of Mozart "an aphoristic patchwork" for piano duet suggested by the F major Sonata (K. 533)Robert Matthew-Walker took lessons with Darius Milhaud, has produced more than 130 recordings and published many books, subjects ranging from Muhammad Ali and David Bowie to Rachmaninov, Havergal Brian and Grieg. Mark Bebbington has recorded extensively for SOMM. His previous collaboration with Rebeca Omordia, The Piano Music of Ralph Vaughan Williams (SOMMCD 0164), was hailed by MusicWeb International as "spellbinding". Gramophone declared it "a classy anthology [with an] unremitting logic, sweep and concentration that thrill to the marrow".