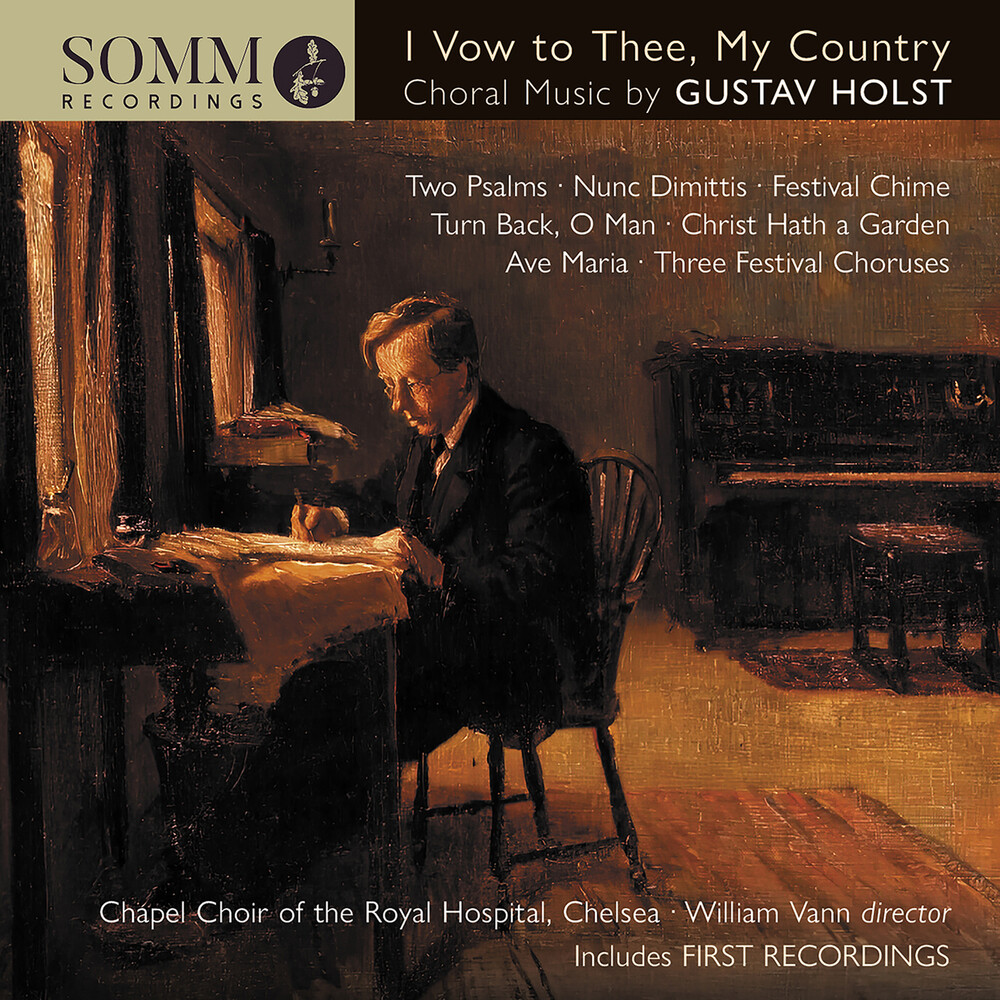 SOMM RECORDINGS announces the release of I Vow to Thee, My Country, believed to be the first recording to feature all of Gustav Holst's sacred choral music, by the Chapel Choir of the Royal Hospital Chelsea directed by William Vann, with organist Joshua Ryan and Richard Horne on tubular and bass bells. A prolific composer best known for his orchestral spectacular The Planets, Holst was an expressive and sincere composer and arranger of religious music despite his professed agnosticism. Included are his only setting of the Anglican Service for Evening Prayer, Nunc Dimittis, and his substantial Two Psalms and Four Festival Choruses, whose inspirations range from the Bible, Byzantine liturgy, 16th-century sources (not least Bach), and Welsh hymns. The 12 other featured songs see Holst setting an impressive array of centuries-spanning texts, and include the striking eight-part setting of Ave Maria for unaccompanied female voices, the ecstatic Not Unto Us, O Lord, premiered by the Royal Hospital Chelsea and William Vann in 2020, and the disc's anthemic title song, it's melody borrowed from The Planets' 'Jupiter'. I Vow to Thee, My Country is sponsored by The Holst Society, who also commissioned four new arrangements making their debut on album by Iain Farrington, and includes extensive, authoritative notes by Andrew Neill.