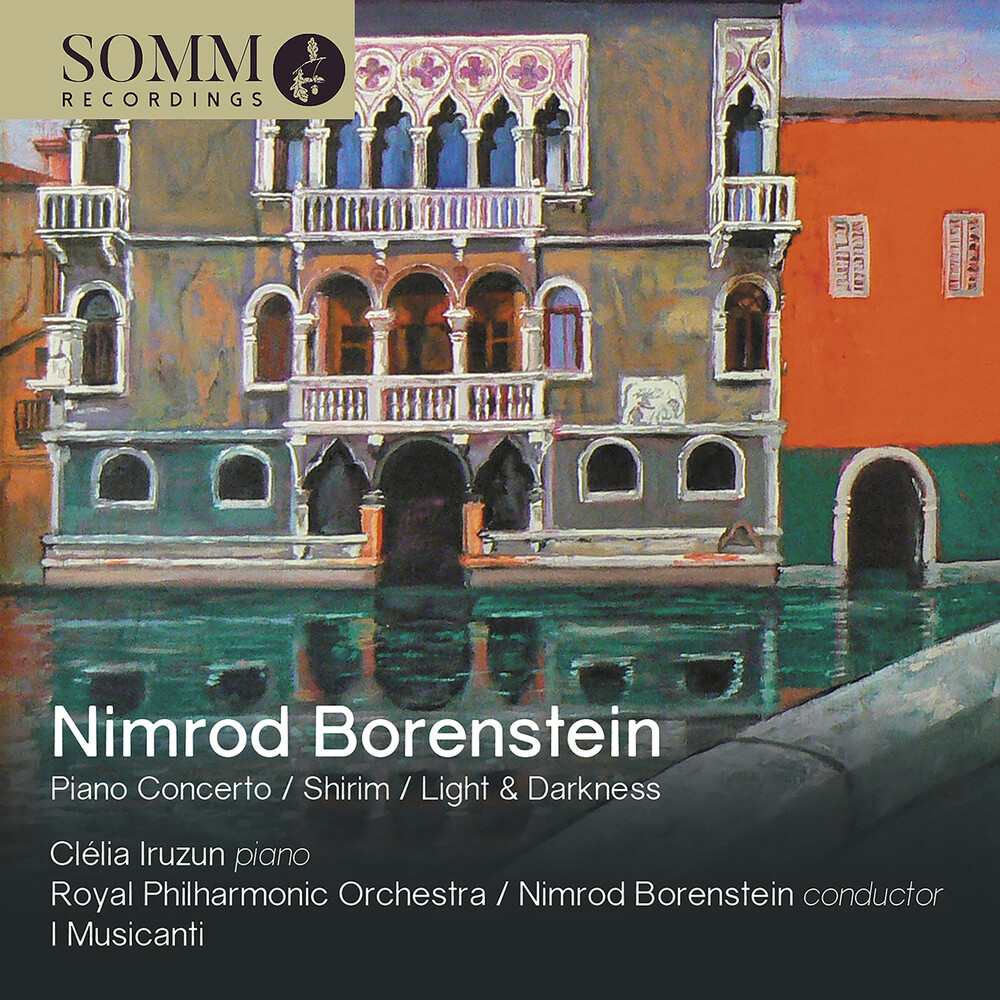 SOMM RECORDINGS is delighted to announce the label debut of composer-conductor Nimrod Borenstein with first recordings of three works showcasing the piano in separate guises: his Piano Concerto, piano quintet Light and Darkness, and Shirim for solo piano. Borenstein himself conducts pianist Clélia Iruzun and the Royal Philharmonic Orchestra in his Piano Concerto, while Iruzun is joined by I Musicanti on Light and Darkness, and is the soloist for Shirim. For Borenstein, who also provides booklet notes, the disc is a dual celebration: "of the piano, an instrument I love", and of "musical friendship", recognizing his long creative partnership with Iruzun. The three-movement Piano Concerto - his Op. 91 and first for the instrument, building on discoveries from his continuing series of Chopin- influenced solo Études - was composed for Iruzun and premiered in Brazil in July 2022. It reflects Borenstein's concept of "the concerto as an heroic form", a notion informing it's "very fast, virtuosic and full of energy" finale. 2021's Shirim (Op. 94) takes it's title from the Hebrew word for "poems" or "songs". Cast in 18 variegated miniatures, "each being a world in themselves", they are, says Borenstein tributing Mendelssohn, "my own songs without words". Light and Darkness (2018, Op. 80), "begins and ends with pure light, but is full of melancholy, and contains sections of great despair". Nimrod Borenstein's music has been performed by some of the world's most prestigious soloists, chamber ensembles and orchestras. Several of his 90-plus pieces are available on acclaimed recordings. In demand as a conductor, he is currently working with orchestras in the UK, Germany and Israel.