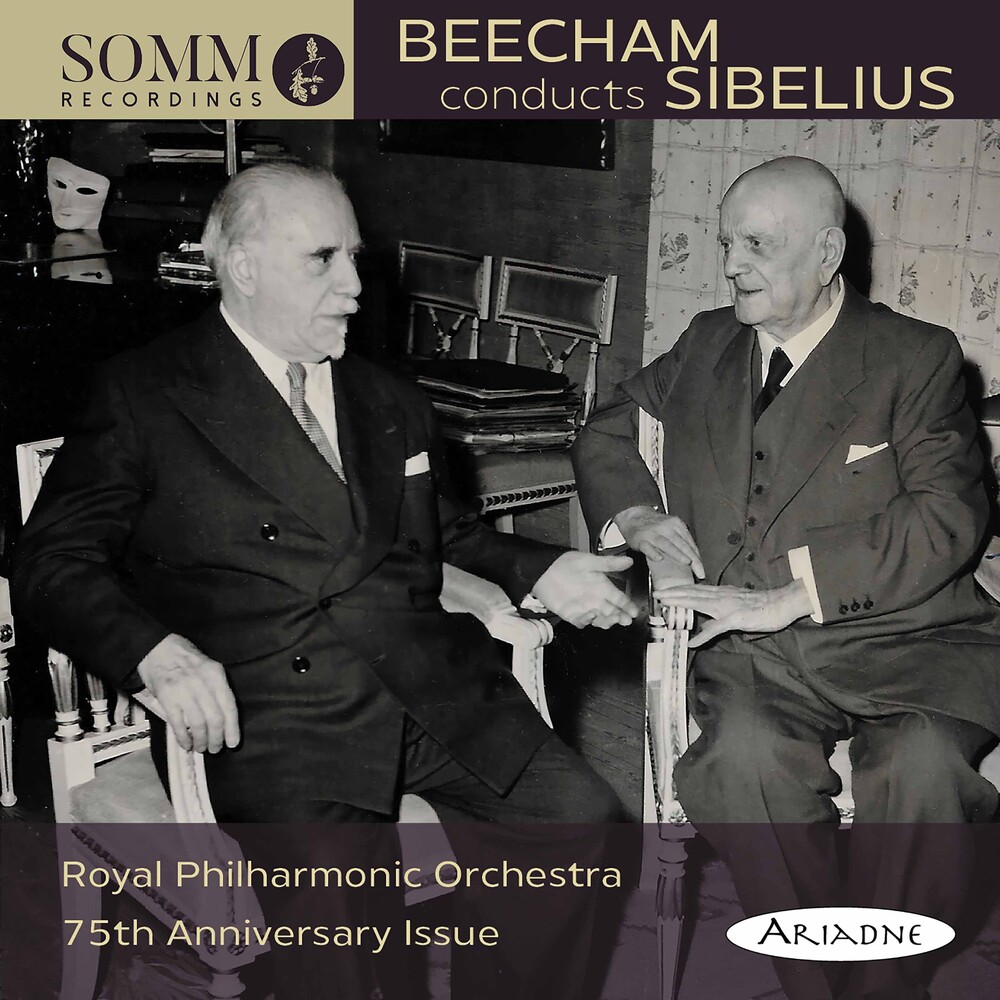 SOMM Recordings is thrilled to announce the first release on disc of the only known live recording of Sir Thomas Beecham conducting Sibelius's Symphony No.1 with the Royal Philharmonic Orchestra to mark the orchestra's 75th anniversary. The RPO was founded in 1946 by Beecham to inject new energy and new ideas into British orchestral life. Taken from the 1952 Edinburgh International Festival, the First Symphony heard here, says Beecham biographer John Lucas in his booklet foreword, is "a spine-tingling performance". Three months earlier Beecham had completed his exacting studio recording of the First and comparisons between the two are fascinating. Also being released for the first time are previously unissued live recordings from 1947 of two of the composer's Scènes historiques, and an interview by documentary maker Jon Tolansky with two RPO stalwarts (Sub-principal Viola John Underwood and the late Sub-Principal Second Violin Raymond Ovens) who share their memories of playing for Beecham. Both performances feature the RPO's fêted "royal family" of wind players - Gerald Jackson (flute), Terence MacDonagh (oboe), Jack Brymer (clarinet) and Gwydion Brooke (bassoon) - with luminaries Dennis Brain leading the horns, Richard ('Bob') Walton as first trumpet, and Principal Percussionist Lewis Pocock. The album has been curated by Tolansky, the original founder of the Music Performance Research Centre. The archive was created in 1987 to preserve the heritage of public performances which included among it's collection the Sibelius First Symphony. In 2001 the archive was renamed Music Preserved and transferred to the Borthwick Institute at the University of York. The Symphony, together with Tolansky's other discovery, Scènes historiques have been brilliantly restored by acclaimed engineer Lani Spahr.