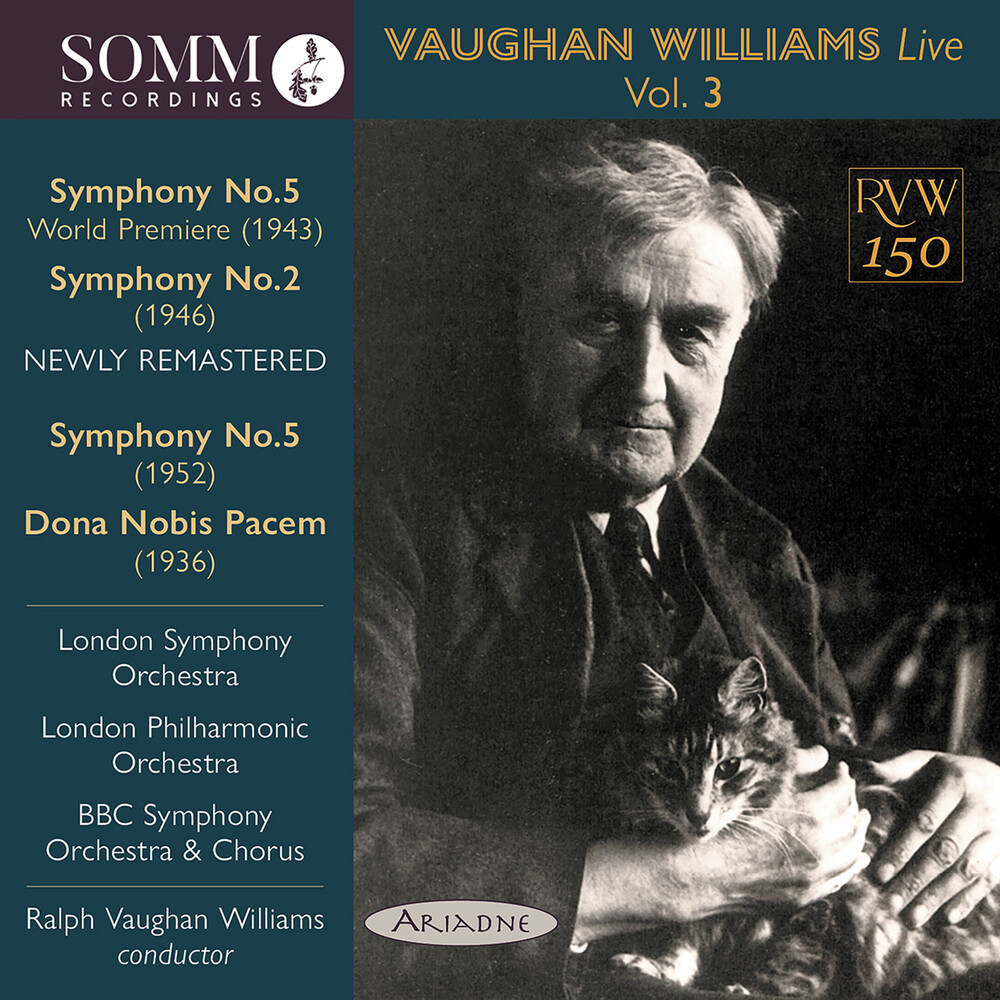 SOMM RECORDINGS celebrates the 150th anniversary of Ralph Vaughan Williams' birth with Vaughan Williams Live, Volume 3, featuring signature works conducted by the composer including the 1943 world premiere of his Fifth Symphony with the London Philharmonic Orchestra. All performances on this double-album set have been expertly restored and re- mastered by Lani Spahr. Recorded during the BBC Proms, the Fifth Symphony is among live performances recorded off the air by engineer Kenneth Leech held in the British Library. Begun under the shadow of mounting fears of war in Europe, it is illuminated by Vaughan Williams' relationship with his second wife-to- be, Ursula Wood and served, as biographer Simon Heffer's booklet note says, as "a reminder of the pre-war England in which the composer's soul and creative spirit remained". Also from the Leech Collection, the London Symphony Orchestra's 1946 Proms account of A London Symphony (No.2), is an "historic performance of one of his greatest and most enduring works". A Gramophone Award-winner in 2008 and newly re-mastered for reissue with this celebratory set, the LPO also feature in the Fifth Symphony from 1952, coupled with a 1936 Dona Nobis Pacem by the BBC Symphony Orchestra and Chorus and soloists, soprano Renée Flynn and baritone Roy Henderson. Volume 1 of Vaughan Williams Live (SOMM Ariadne 5016) was hailed by All About the Arts as "beautifully remastered [and] sounding like pure gold" and was The Symphonist's Record of the Week. SOMM's Vaughan Williams recordings include the "compelling" (International Piano) The Piano Music of Ralph Vaughan Williams by Mark Bebbington and Rebeca Omordia (SOMMCD 0164).