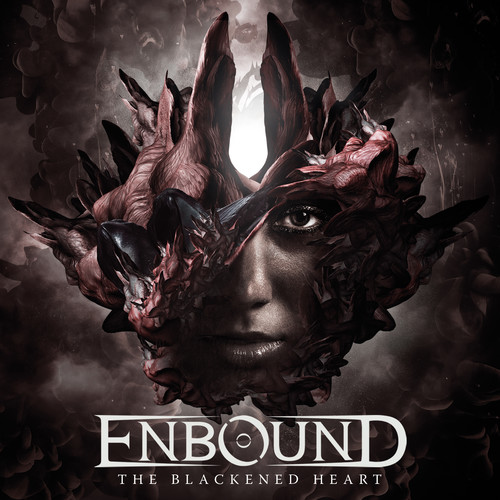 2016 release. Enbound was formed in 2006 by Mike Cameron Force [ex-Zonata] and joining him in the Enbound line-up are Swede, Marvin Flowberg and the fantastic vocalist Lee Hunter [Lars Säfsund - Work of Art]. The debut album And She Says Gold was released in 2011 and was received very well by fans and the media. Now Enbound, following the praised debut album finally present their second album, entitled The Blackened Heart. The Blackened Heart has a nice mix of heavy and up tempo songs, all with their own strong and grasping melodies. Enbound prove with The Blackened Heart that they can handle any angle of melodic metal. Like on the debut, their characteristic powerful arrangements remain with fantastic and emotional vocals on top. Jacob Hansen [Amaranthe, Volbeat, Primal Fear] was chosen to master the album, and awesomely did so. Guest appearances on the album includes the vocalist Linnéa Wikström [Kamelot, Therion] on "Falling" and Mike LePond [Symphony X] is responsible for the first of two bass solos on "Feed My Flame".