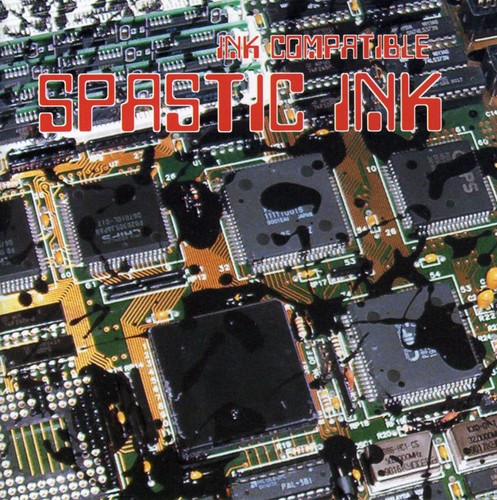 Line-up: Ron Jarzombek (BLOTTED SCIENCE, WATCHTOWER, TERRESTRIAL EXILED, GORDIAN KNOT)- guitars Bobby Jarzombek (FATES WARNING, HALFORD, SEBASTIAN BACH, RIOT) - drums Pete Perez (RIOT, LEATHERWOLF, KARION) - bass Jason McMaster (WATCHTOWER, DANGEROUS TOYS) - lead vocals Daniel Gildenlöw (PAIN OF SALVATION) - lead vocals Marty Friedman (MEGADETH, CACOPHONY)- guitar Jens Johansson (STRATOVARIUS, YNGWIE MALMSTEEN) - keyboards Jimmy Pitts (SCHOLOMANCE, THE FRACTURED DIMENSION) - keyboards David Bagsby (XEN, PATRICK MORAZ) - keyboards Michael Manring (ATTENTION DEFICIT, MICHAEL HEDGES) - bass Ray Riendeau (HALFORD, MACHINES OF LOVING GRACE) - bass Doug Keyser (WATCHTOWER) - bass Sean Malone (GORDIAN KNOT, CYNIC)- bass Jeff Eber (DYSRHYTHMIA) - drums David Penna (STATIC, PLANET HATE, SYS-X) - drums Reviews: 'I've known these guys for a long time and they never cease to completely blow my mind!!! (...) These guys are both SCARY, INSANE, SICK....and GENIUSES!' Mike Portnoy / 'Hero of the Day', March 16, 2004 'Spastic Ink boldly goes where no mere mortals would dare tread. A revolutionary statement 'Ink Compatible' is a masterpiece of originality. This entire CD will blow the doors off of the prog-jazz-fusion crowd worldwide. A must have for the serious music connoisseur.' Mike Sandomirsky - Guitar Mania 'This is a shred album, but one that stomps all over the swollen fingers of Yngwie Malmsteen, or the spindly fingers of Steve Vai, or the bluesy fingers of Joe Satriani. May it be carved in granite the truth that Ron Jarzombek is a fret-deity of as much worth as that aforementioned trio, that he is a musicological genius, and that 'Ink Compatible' is a befitting showcase of his majesty.' Aaron Fleming - Blog Critics 'Spastic Ink is undoubtedly the most technical mind-boggling shit I have ever heard. A true gem for any progressive metal fan, this is sure to give you your fix.' Austin Spence - Metal Alliance 'The sheer level of technicality on display is amazing, and the fact that their music is so very unique is a testament to Ron's vision and dedication. No one else in the metal world is mixing these kinds of tonalities with this level of complexity in the way that Ink has been doing for over a decade.' Brian Meloon - Chronicles of Chaos ''Ink Compatible' spews technicolor mayhem across musical mediocrity. It teases, trounces and tramples melodic tradition with a smirk, a wink and the most hellacious riffs this side of WatchTower.' A. Lee Graham - Electric Basement.