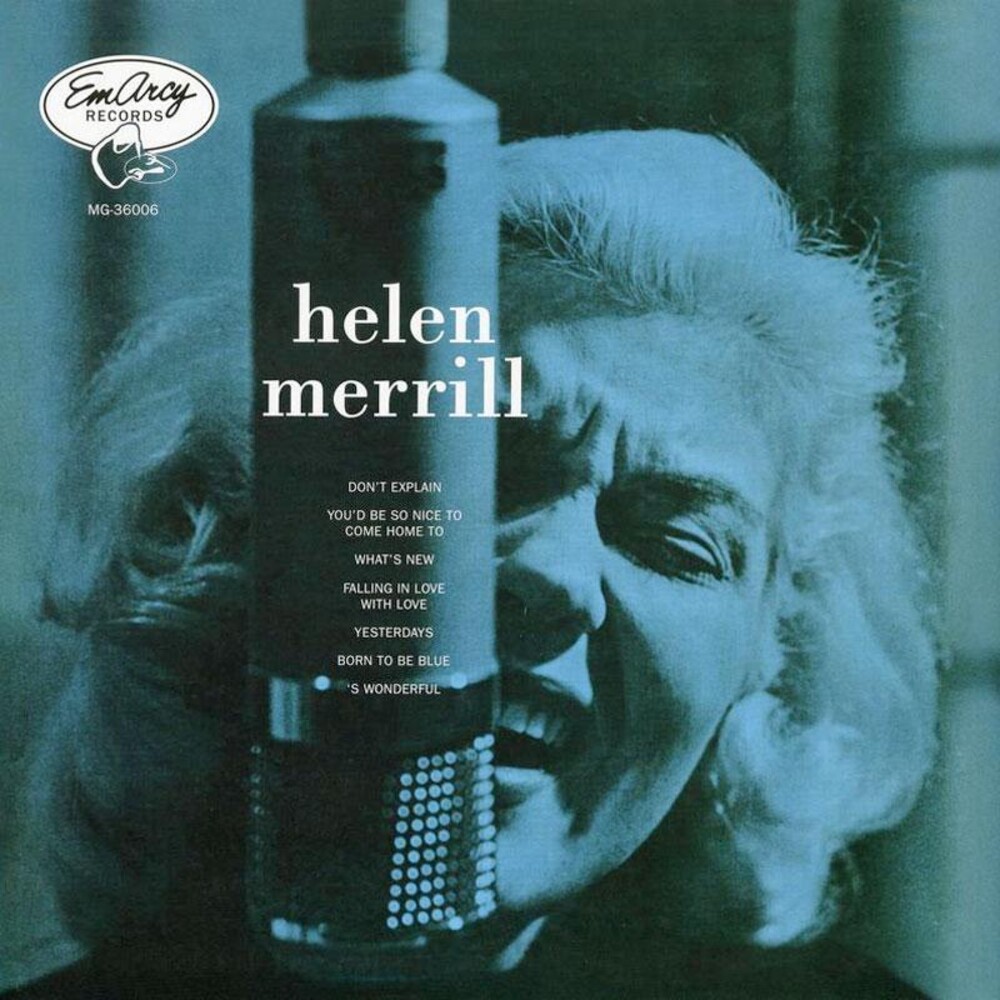 Helen Merrill attributed her childhood musical influence to her mother's singing. Truth is, she didn't wait long herself to make a mark as a teenage jazz ingenue, following-up with the notable self-titled Hybrid Mono SACD you have in your hands, newly remastered, and reissued by Analogue Productions.Helen Merrill arrives, remastered direct to DSD by Kevin Gray at Cohearant Audio, showing off an engaging debut on Hybrid Mono SACD. Merrill was born in New York City on July 21, 1930. Her professional career began at the age of 15 when, after singing at theatres and winning amateur contests, she landed a job as vocalist with Reggie Charles' Band. Merrill made her recording debut in 1952 when she sang 'A Cigarette For Company' with the Earl Hines Band; the song was released on the D'Oro label, created specifically to record Hines' band with Merrill. The session was also notable for including vocalist Etta Jones, who was in Hines' band at the time. Merrill was later signed by Mercury Records to their EmArcy label. Helen Merrill is her debut studio album, backed by among others, trumpeter Clifford Brown and bassist/cellist Oscar Pettiford. The legendary Quincy Jones produced and arranged the album when he was just 21-years-old!The success of Helen Merrill prompted Mercury to sign her for an additional four-album contract. AllMusic reviewer Scott Yanow gave Helen Merrill 4 1/2 stars. 'The music is essentially straight-ahead bop, yet the seven standards... are uplifted by the presence of Merrill (in top form) and Brown.' Her success associated Merrill with the first generation of bebop jazz musicians.Merrill's career continued with recordings and concerts throughout six decades, until the early 2000s. Her emotional, sensual vocal performances, particularly this engaging debut, stand as testament to her immense talent.A jewel of a jazz performance - Helen Merrill's 1955 debut delivers!Hybrid Mono SACD from Analogue Productions!Mastered by Kevin Gray at CoHearent Audio direct to DSD from analog tape