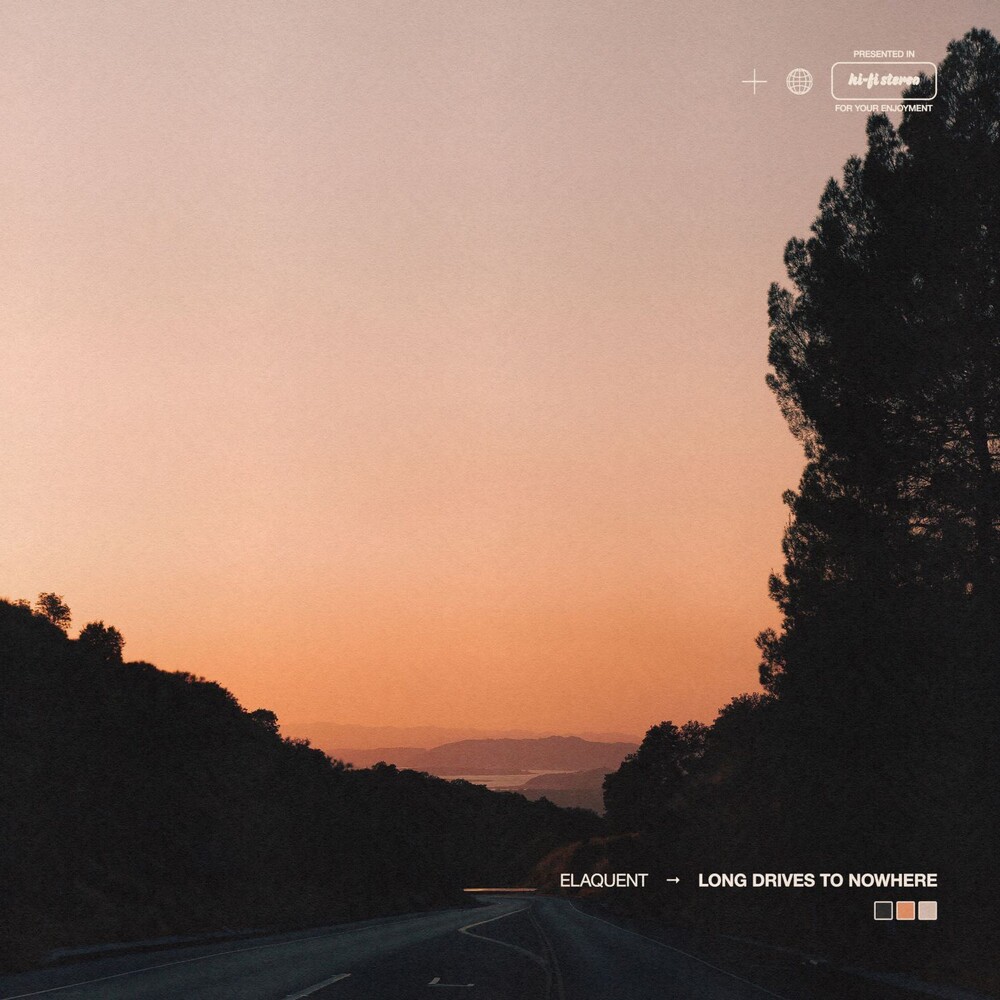 Guelph, Ontario based beatmaker and producer Sona Elango, better known as Elaquent, is best regarded for his warm blend of instrumental hip hop, jazz, and electronic music. Using mainly samplers and drum machines, Elaquent's sound is atmospheric and conceptual, with each record a season in it's own right. Citing influences as The Kount, 10.4 Rog, and Kaelen Ellis, Long Drives to Nowhere maintains Elaquent's signature warmth and honey-like consistency on each track. The record feels dreamy and nostalgic without relying on tropes, primarily due to Elaquent's skill in translating relatable themes into instrumentation.