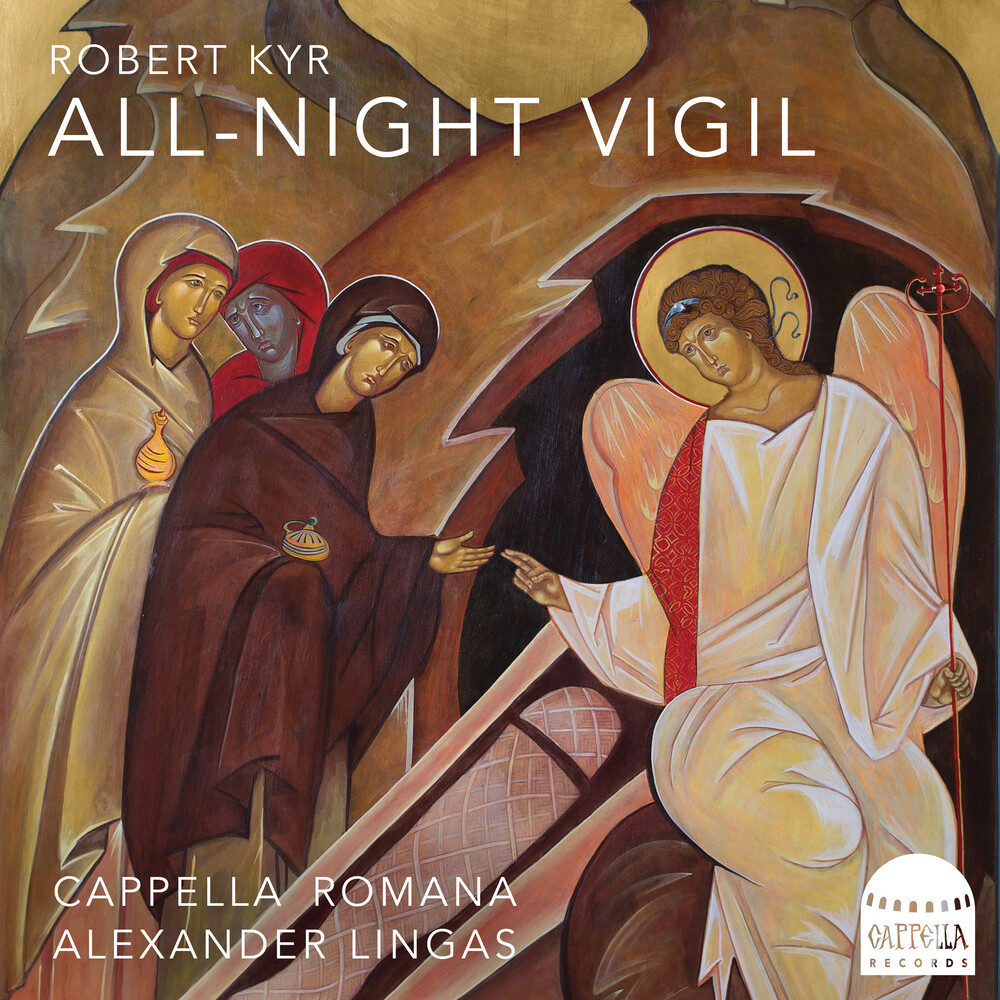 Cappella Records proudly announces the release of Robert Kyr's All-Night Vigil, performed by Cappella Romana, directed by founder and music director Alexander Lingas. Robert Kyr's All-Night Vigil takes it's formal inspiration from Sergei Rachmaninoff, who in 1915 set the same 15 selections from the Orthodox vigil for the Resurrection. Here Robert Kyr employs an English translation of those selections by the late Archmandrite Ephrem (Lash), to whom this Vigil is dedicated. Kyr blends Byzantine and Slavic musical traditions with a distinctly personal idiom, granting a fresh approach for those familiar with these texts, and a deeply moving point of entry for those encountering them for the first time. Classical Net on Cappella Romana's 2014 recording of Robert Kyr's A Time For Life: "There is perhaps no choir that can sing this kind of music more beautifully than Cappella Romana... singing with real emotion and depth... which requires no religion to enjoy, but only heart and soul." Vocal ensemble Cappella Romana combines passion with scholarship in it's exploration of early and contemporary music of the Christian East and West, embracing Rome and Western Europe as well as the Byzantine Empire of Constantinople ("New Rome") and it's Slavic commonwealth.