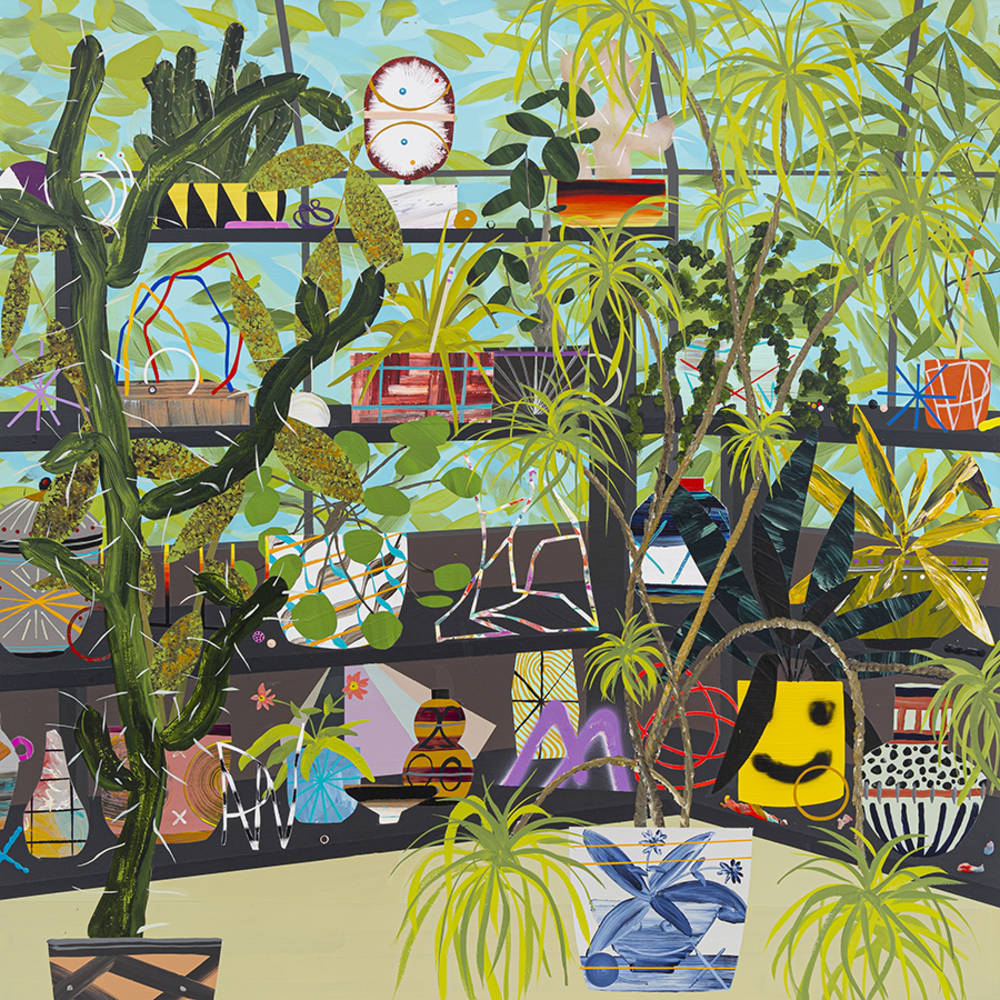 Over eighteen boundless albums as experimental as they are pop, Deerhoof has continuously quested for radical sounds and daring storytelling. 2020’sFuture TeenageCave Artists explored fairytale visions of post-apocalypse, welding intrinsic melodies with absurdist digital recording methods. Its sequel Love-Lore, a live covers medley, channeled futurist mid-century artists—Parliament, Sun Ra and Stockhausen, to name a handful— into a patchwork love letter to the anti-authoritarian expressions that inspire the band. Galvanized by the challenge of unifying many styles of music, Deerhoof landed on their next record’s concept: baroque gone DIY.

Actually, You Can is a genre-abundant record that uses technicolor vibrancy and arpeggiated muscularity to offer a vital shock from capitalism’s purgatorial hold. “In theUnited States now, to be a moral person means to be a criminal, whether it has to do with a general strike or forming a union or Black Lives Matter protests,” clarifies Saunier of the album’s countercultural embrace of liberation. “If you follow the rules, you’re guilty. That’s the spirit we were trying to express: an angelic prison bust, a glamorous prison bust.” It’s a condemnation of America’s mundanity, replacing violence with the heartfelt power of mutualism.

With state lines and oceans separating band members, Deerhoof not only reinvented their sonic and thematic credo, but also their recording process. Deerhoof’s players are not strangers to home-recording their individual parts, and have long embraced composing via file trading. But 2020’s halt to touring kicked off their longest separation from playing together, foregrounding new priorities. As the group’s combined demos became increasingly layered, bassist and vocalist Satomi Matsuzaki put her foot down, insisting the new album should replicate concert energy. Visualizing the quartet on huge stages with past tour mates Radiohead and Red Hot Chili Peppers, Saunier fugue-arranged his bandmates’ complex demos into songs to make an audience smile and dance. He sought out far-traveling delays, heavy playing, and unique panning to evoke the power of outdoor music. Matsuzaki scrutinized spots that would betray the conceit, eliminating anything that took away from the sound of onstage grandeur. “We spent so much time imagining playing together in the process of recording, it’s almost like a false memory of us playing this music together,” Saunier marvels.

For Deerhoof’s members to continually uncover new corners of their own talent requires deep wells of gratitude, not only for each others’ creativity but for the freedom their career affords. But by embracing each other’s art with curiosity, Deerhoof authors a musical alphabet that continues to astound and inspire, a unique lexicon expanding limitlessly with each album. For new listeners and decades-long devotees, Deerhoof’s electrifying, generous approach to collaborative world building onActually, You Canis an emboldening call to support our communities with renewed strength, infinite love, and the resilience to keep exploring