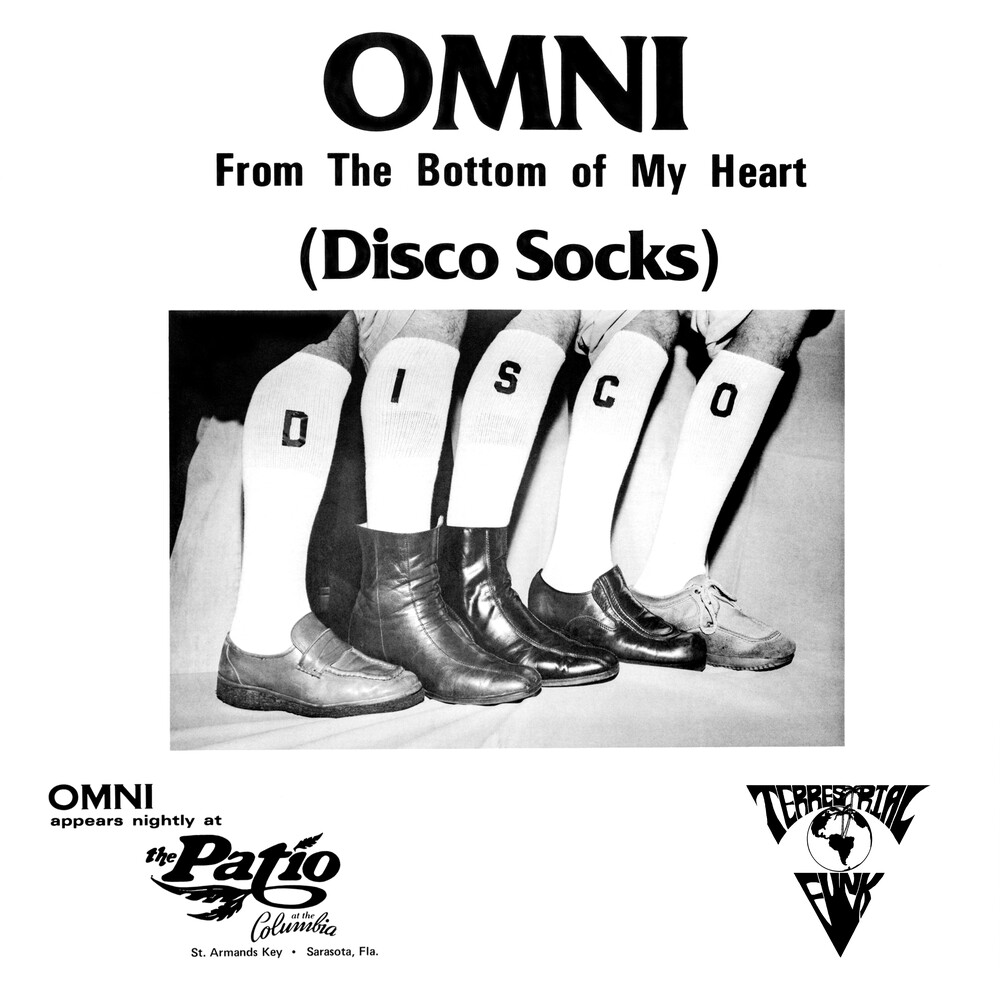 Terrestrial Funk's third release brings us back to our home state of Florida. Traveling time to the year 1979 we find ourselves on the Gulf Coast in a city called Sarasota. Sal Garcia leads Omni, the resident band at the Columbia, a Spanish restaurant operating in the city since the turn of the century. Sal and his band look to record a single ironically called Disco Sucks but the restaurant isn't willing to fund a record with the word 'sucks' in it, so the band changes the track title to 'Disco Socks'. The song is a disco odyssey with driving drums, ethereal flutes, playful lyrics, and a synth solo for the gods. On the b side there's a little latin number called 'Sarasota (Que Bueno Esta)'. An ode to their city, the song praises Sarasota for it's beautiful women and precious beaches. Sal is still living his dream playing at piano bars in the city. He was kind enough to work with us on this release and we're grateful to share more Floridian music with the world.