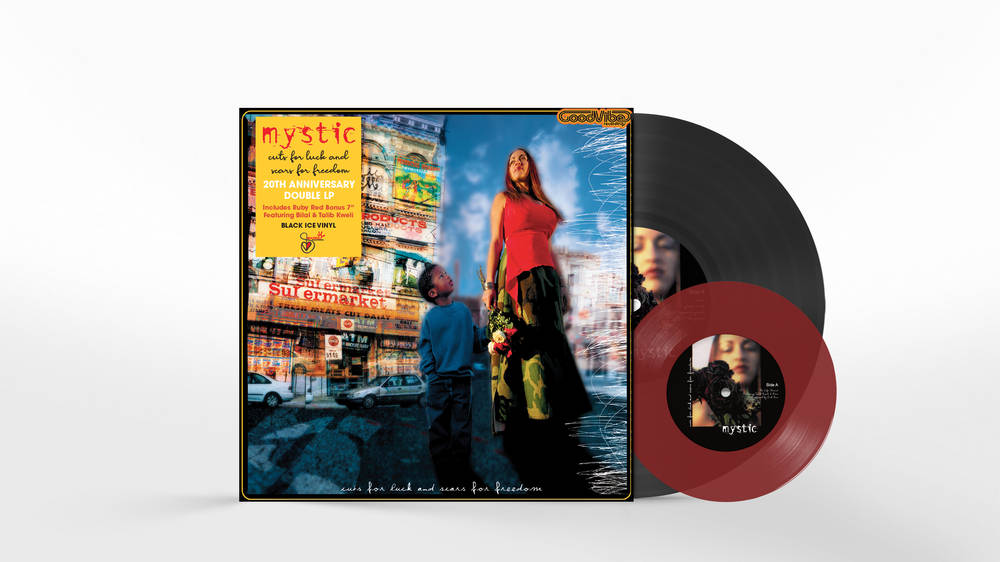 Indie Exclusive * Pressed on black ice vinyl, with a transparent ruby red 7” that includes two previously unreleased bonus tracks featuring Bilal and Talib Kweli * A small pressing of a standard black variant will be in the marketplace before this drops - it won't have the 7"w/ the bonus tracks * Cuts for Luck and Scars for Freedom is the debut album by Mystic, released on June 19, 2001 through GoodVibe Recordings and JCOR Entertainment. The album elicited highly positive reviews from critics, who praised the album's lyrics and themes. Eventually, the album earned Mystic several accolades and award nominations. In 2001, Kludge magazine ranked it at number seven on their list of best albums of the year. In 2002, the album earned Mystic a nomination for Best Female Hip-Hop Artist at the BET Awards, where she lost to Missy Elliott. That same year, the album cut "W" was nominated for "Best Rap/Sung Collaboration," a new category, at the Grammy Awards; the song lost to Eve's "Let Me Blow Ya Mind," a collaboration with Gwen Stefani.