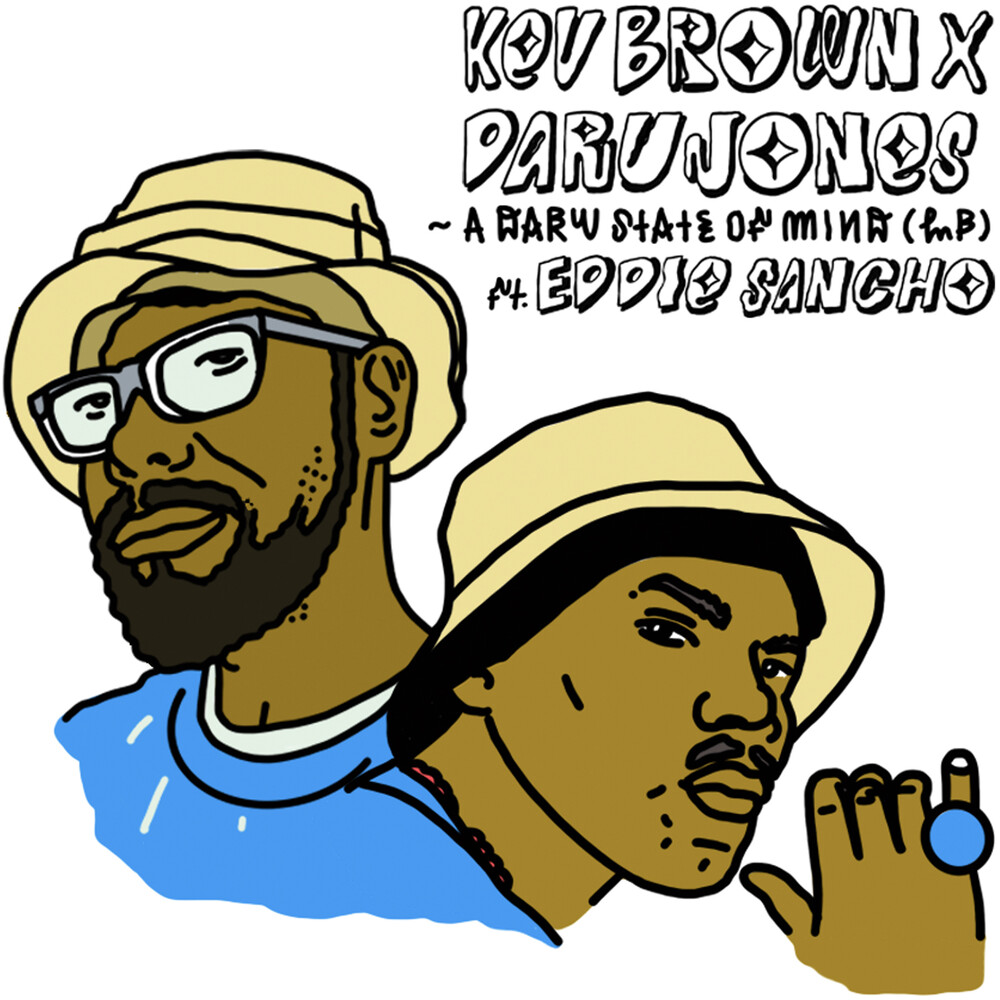 A Daru State of Mind is a celebration of the art of production from two prolific and incredibly gifted musicians, Daru Jones and Kev Brown. It also features living legend Eddie Sancho, an engineer known for his work on classic records from Gang Starr, Nas, Jay-Z, and a host of others. This creates an air of unfiltered creativity from everyone involved, and it provides listeners with a "fly on the wall" experience that's truly something to hear. Across the entirety of A Daru State of Mind, we're treated to 20 tracks that feature raw, instrumental excursions as well as some background on Daru, Kev, and Eddie. On "Daru State of Mind," for example, you first hear the mind-bending creativity of Kev as he chops up drums from Daru's sample pack. And as the music fades, you hear the collaborators show their love for one another's work and how excited they are to work together. They bring that same feeling on other instant highlights. There's the beautifully dusty "Eddie's Dream," which showcases his signature mixing techniques that helped bring Premo's classic boom-bap sound to prominence. Similarly, "Fat Beats Salute" pays homage to both the original NYC Fat Beats and all the records coming out of the shop in the '90s. "Being a fan and just walking into the village location in NYC, the energy of the room was crazy," Daru says. "And you never knew who would pop up."