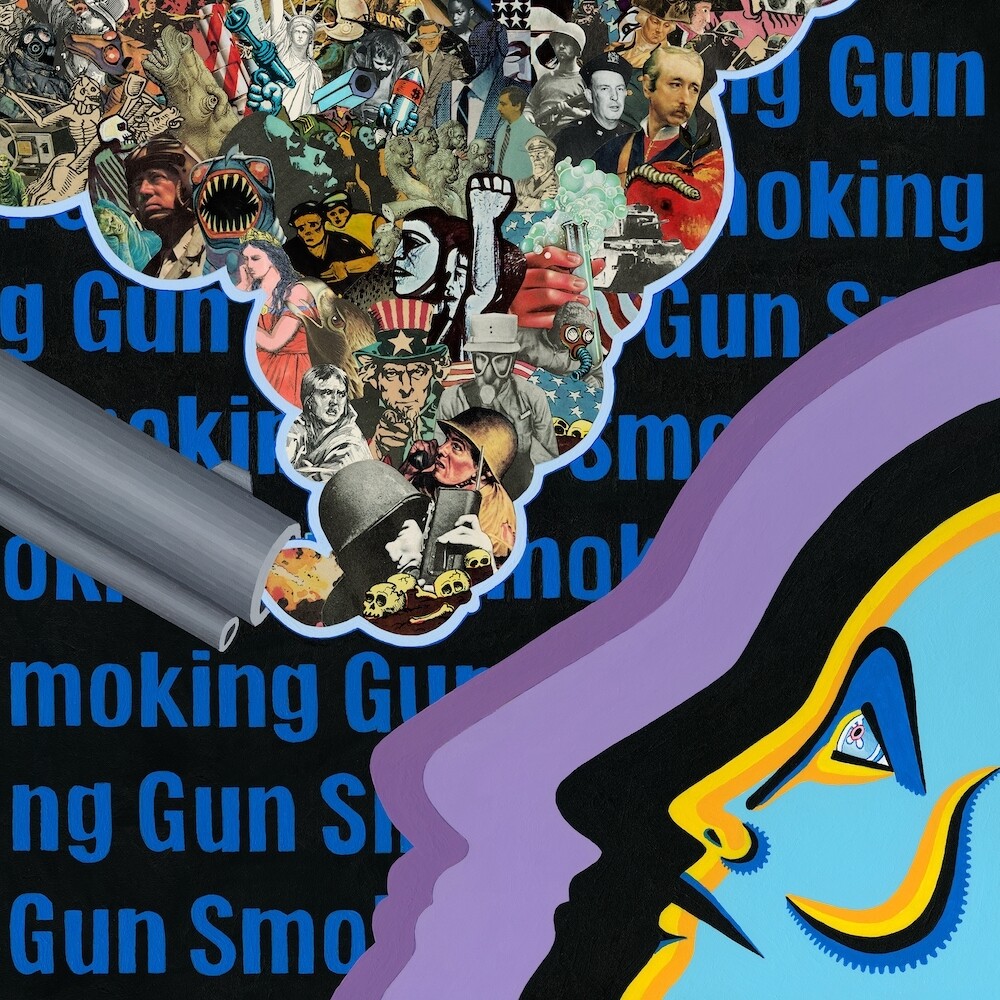 Deca's streak of entrancing releases continues with Smoking Gun, an album that deftly blends psychedelic, raw production with sharp insights and clever lyricism. But it's also much more than that. Smoking Gun is a sonic representation of an artist grappling with living in America, a country with a network of broken systems that leaves Deca questioning when and if it may turn around. To say this all makes for a compelling listen would be a vast understatement, because the New York City-based rapper/producer knows the key to presenting this material. He does it in a way that's both refreshing and new, but never isolating or simply too oddball. There's a left-field quality to his work, but Deca knows exactly what he's doing. To prove that point, he enlisted fellow outside-the-box thinkers like Blu and Homeboy Sandman to appear on some of the album's standout cuts. "Shelter," which features Blu, is a jazzy, dusty piece of thoughtful hip-hop with crazy flows and lyrics to match. It's so good you'll wish these two would record an entire project together, and the same goes for Boy Sand's appearance on "Dawn Wind." Backed by Deca's own low-key funky production, both he and Homeboy Sandman go verse for verse, each offering their own take on how to liberate yourself from the machine that aims to surveil and control both our outer world and inner peace. Other tracks embody a similar energy, including the justifiably cynical "St. America (feat. DJ Stan Solo)" and stunning "Tuning." The latter track may just be the most impressive piece on Smoking Gun, thanks in part to the mind-melting beat-switch. It's a thrilling musical journey that furthers Deca's narrative about mankind's ethical plight, and the problems we collectively face.