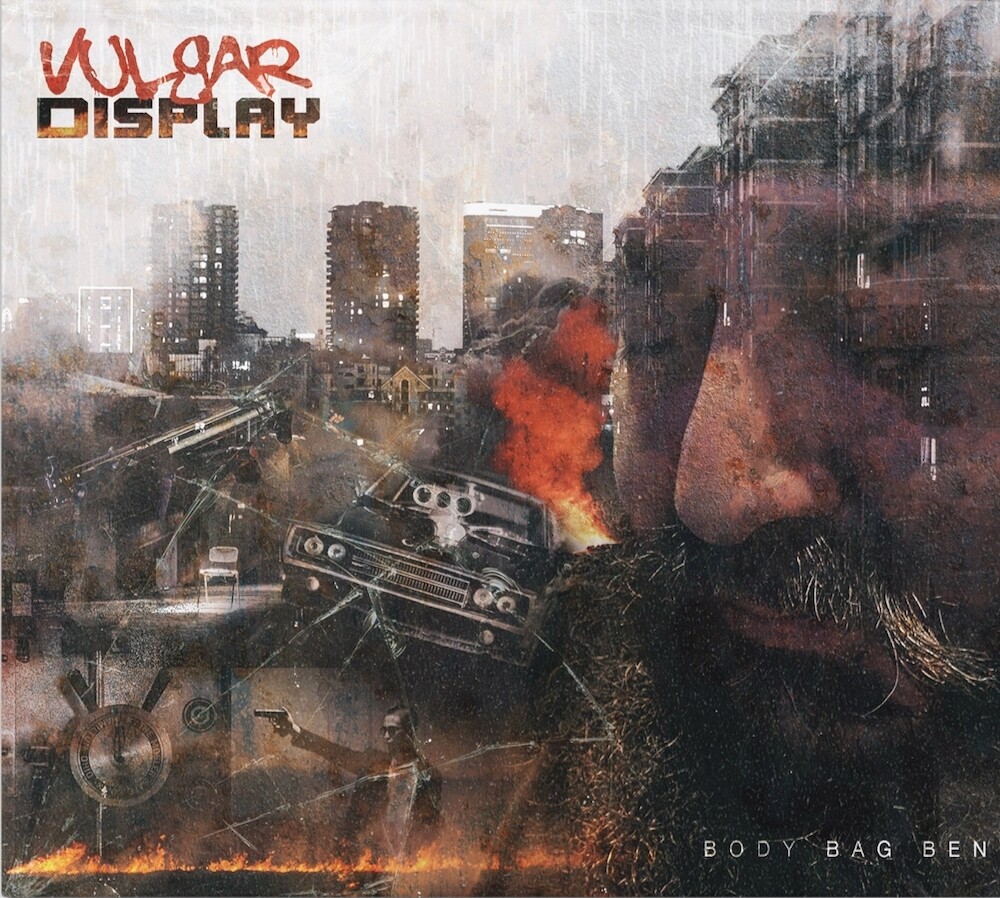 Oxnard's own Body Bag Ben chases the second episode to his Vulgar Display series with a two-disc set that contains both installments, for an 18 track bonanza of hardcore underground hip-hop that bangs with reckless abandon. Releaed by popular demand from his growing fanbase, Ben couldn't keep up with the incessant requests for physical product for this series, hence the idea of the two disc set what spawned. "I gotta give the people what they want," says Ben. Each installment epitomizes Ben's bully-raps paired with his boom-bap style production that have placed him in the conversation of being one of the more dangerous producers on the mic in recent history. Combined, both installments are greater than the sum of their parts and provide yet another reminder that Body Bag Ben is one of the illest out right now. He's been on an absolute tear since 2020 with solo releases and collaborative projects, and it's looking like he's not about to slow down. Ben's time is now, it's up to y'all to catch up. Vulgar Display Episodes 1&2 boasts guest appearances from NapsNdreds, Supreme Cerebral, Mickey Diamond and singer/songwriter, Kobe Honeycutt-known for his work on Eminem's "Talkin' 2 Myself" and "Die Alone."-and is set to drop July 15th through Body Bag Music in partnership with Fat Beats.