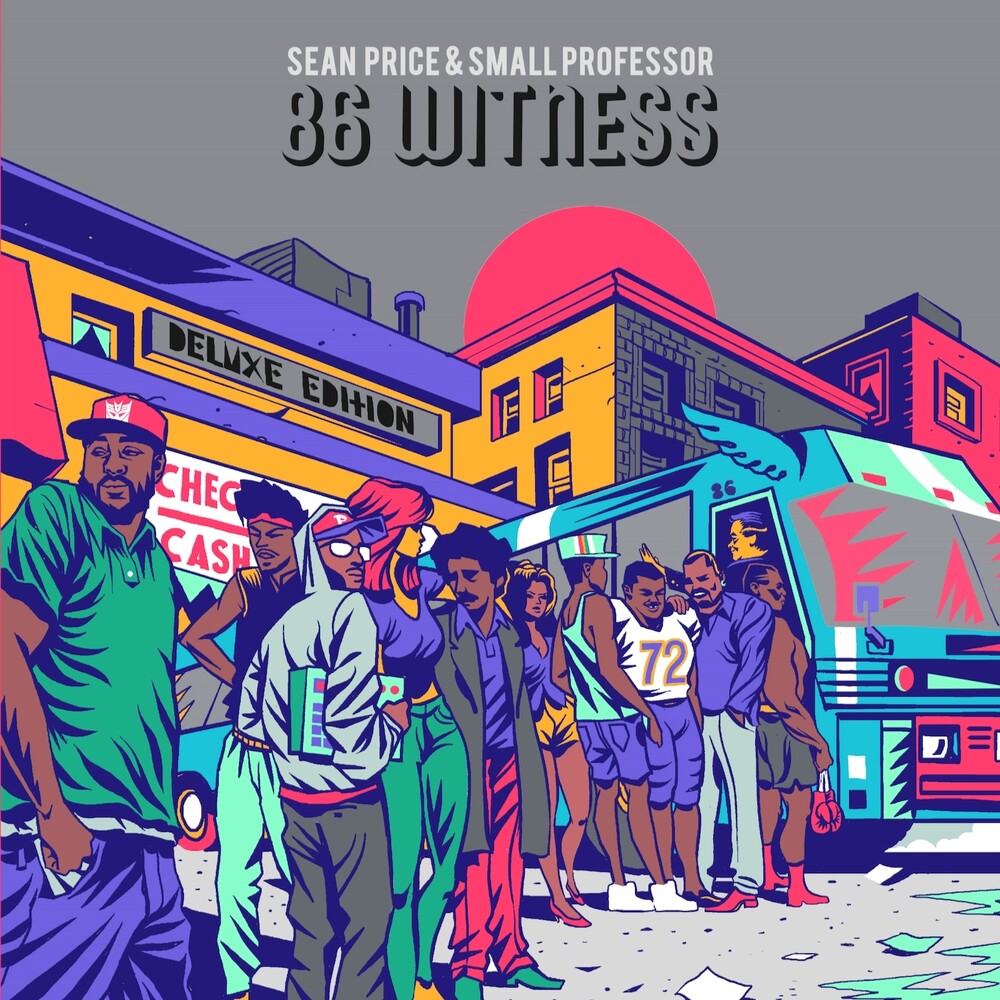 Coalmine Records, in partnership with Duck Down Music, is excited to announce the upcoming release of the deluxe edition of Sean Price & Small Professor's collaborative classic, 86 Witness. Released as a limited edition gatefold 2XLP with both the main and instrumental versions, the album boasts several packaging accoutrements that involve an artwork overhaul with metallic inks, individually numbered jackets in silver foil, and black flooded inside pockets with matching black dust sleeves, pressed on classic black vinyl. For those unfamiliar with 86 Witness, the album is a testament to both Hip-Hop's Golden Era and the unbelievable talents of Sean Price, one of the genre's biggest and best voices who was taken from us far, far too soon. His hilarious, tack-sharp rhymes are complemented by the imaginative and dusty production of Small Pro, who may just be rap's best kept secret. Like his previous projects, 86 Witness is brimming with classic lines and lyrical barbs from P. What's different here, however, is the depth of his references in addition to his incredible chemistry with Small Pro. From the verses to the beats, they have provided so many musical Easter eggs that each listen tips off something you've yet to discover. And that's not even mentioning the ambitious lineup of guests featuring Your Old Droog, Guilty Simpson, Rockness Monsta, Elucid, Castel, Reef the Lost Cauze, Curly Castro, Zilla Rocca, and more.