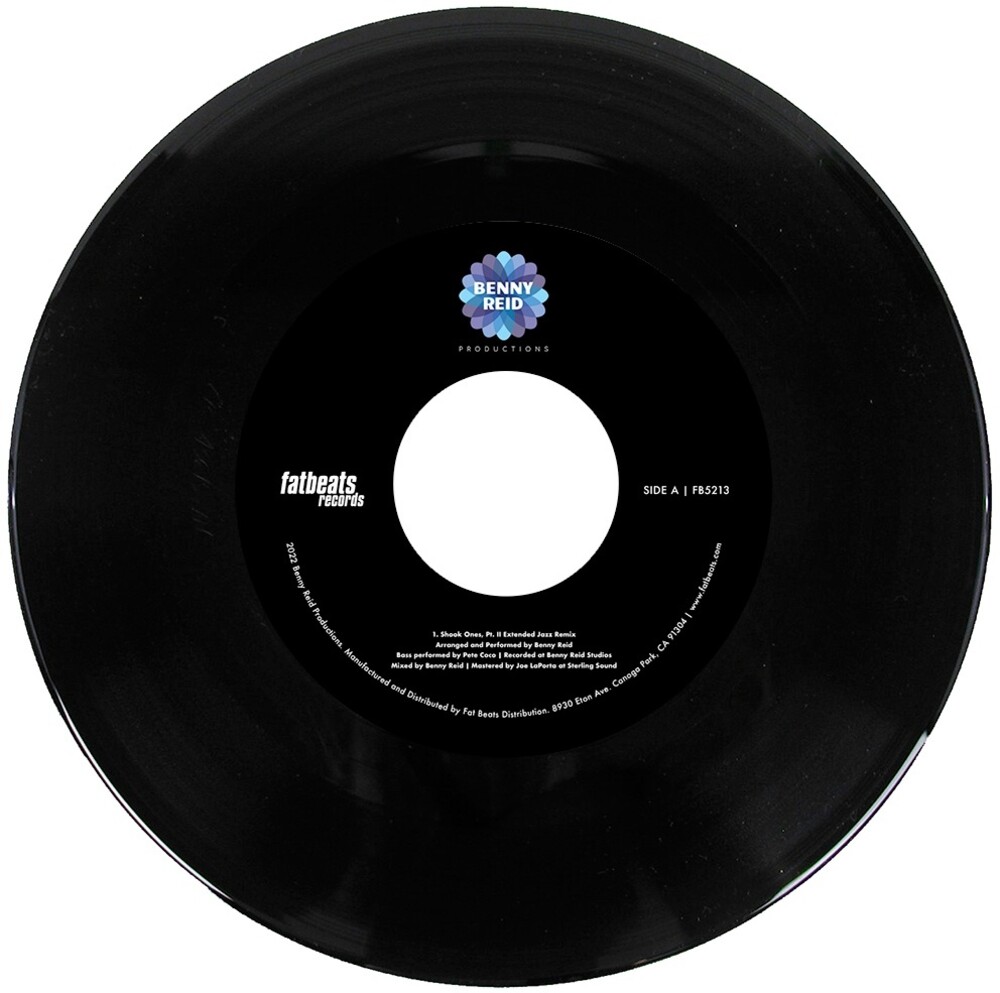 Multi-talented jazz composer Benny Reid once again realigns with Fat Beats Records for the 7-inch release of an instrumental jazz rendition of, "Shook Ones Pt. II." The release finds itself three years removed from Benny's #1 Bilboard charting album, Follow The Leader, a re-imagining of Eric B & Rakim's classic work. Due to it's success and the subsequent collaboration with Rakim, the continued alliance with the indie hip-hop powerhouse was a no-brainer. The only way to reimagine a classic such as "Shook Ones" is to do so with the utmost care and integrity. Fortunately, Reid found himself immersed in the absolute majesty of the source material, some of which was directly performed by his idols (Herbie Hancock), as well as teachers (Barry Harris). The brilliance of the original record created a dichotomy of sorts. The material is so desirable to replay, but how to do so in order to warrant a rebirth? The answer lied in stretching the boundaries of his acoustic instruments and jazz background. Seven days later, Reid emerged from his solitary examination of Mobb Deep with his breathtaking rendition of "Shook Ones"; a six minute journey consisting of lush sonic landscapes, imaginative twists and turns, and fantastic grooves, all while transforming Havoc and Prodigy's original lyrics to instrumental melody. Havoc became aware of Reid's work and an immediate partnership was formed. He authorized Reid to re-record an entire instrumental cover album of Mobb Deep's The Infamous - the first of it's kind - in an entirely live acoustic, sample free interpolation completely arranged and performed by Reid himself. The result is the appropriately titled, Benny Reid Presents: The Infamous LIVE. With the full length offering set to drop top of 2023, Benny is eager to release the limited 7-inch pressing of Shook Ones, Pt. II + Remixes, which comes equipped with two non-album remixes; PYRMDS Remix and an Extended Jazz Remix. The 7-inch release is set to drop both digitally and on vinyl on December 16th, with pre-orders set for November 18th via Fat Beats Records.