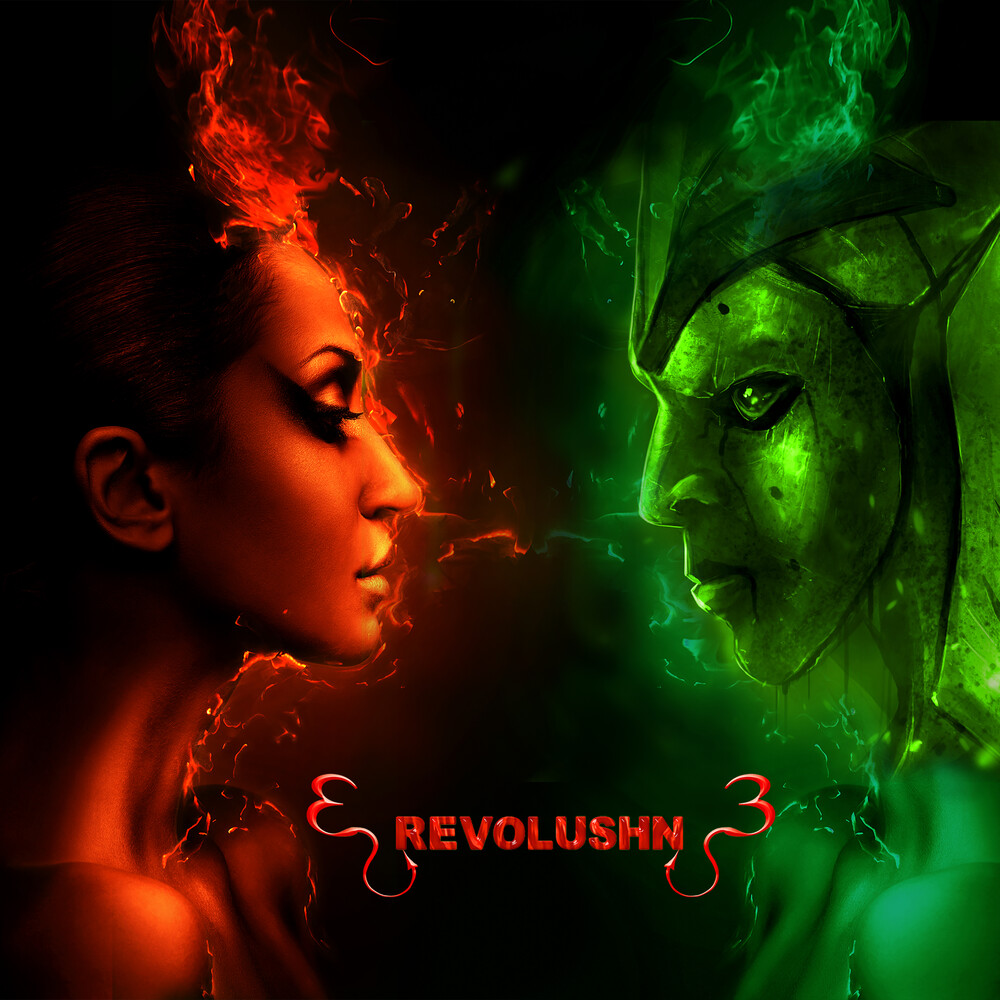 Revolushn is an experimental psych rock group from California formed by longtime friends and collaborators NO Mansfield and David "Dekay" Kendrick. They recorded dozens of songs together for other artists as part of a studio group in Los Angeles, and in 2016 began writing and recording their own material for what would become Revolushn. They enlisted the talents of multiple friends for their debut release The Freshman (2016) and their follow-up Further!! (2018) and have now solidified their lineup around NO (guitar/vocals), Dekay (drums, percussion), Olga Schubert (keys), and Neil Nyberg (bass guitar/vocals) for their new album 3! Featuring former members of Sparks, Devo, Buffalo Springfield, and more, Revolushn is extraordinarily versatile and showcase an assortment of styles, leaning into experimental art rock along with their love for dance rock and loud guitars and drums.