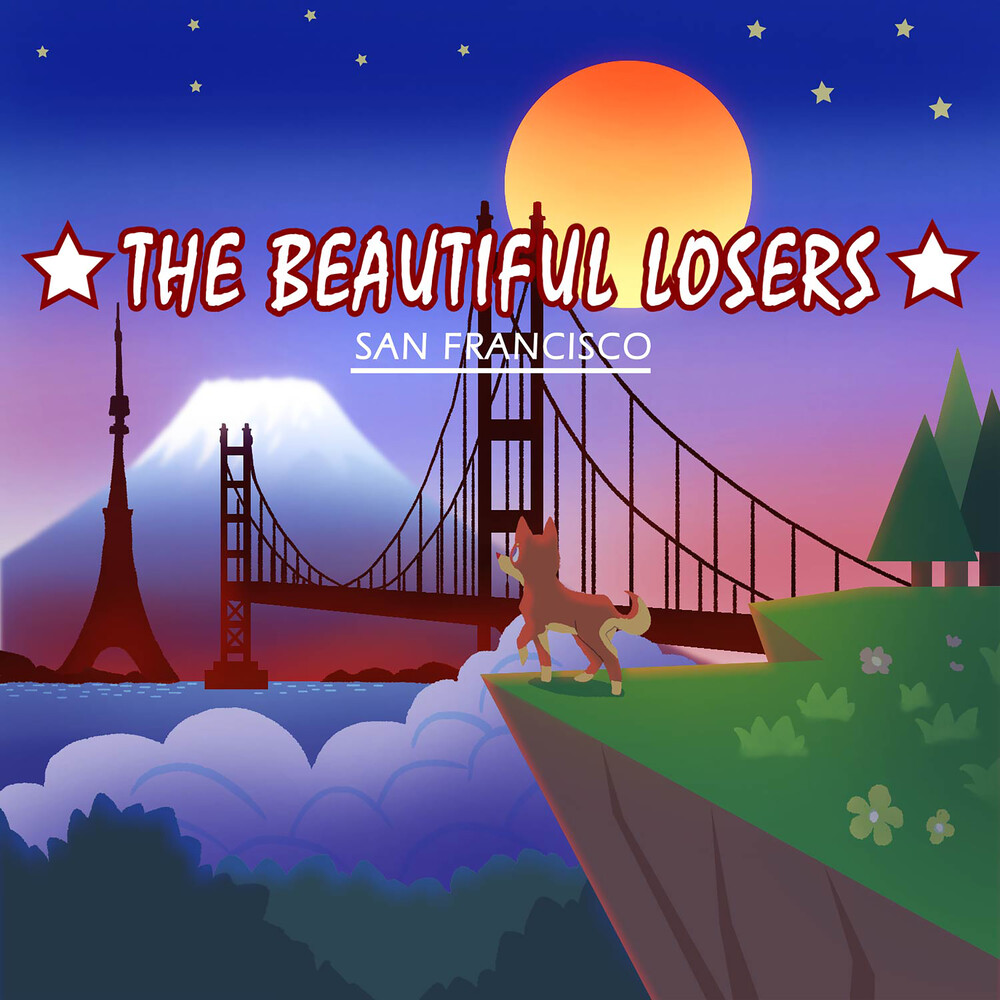 The Beautiful Losers are an alternative rock duo formed by internationally esteemed professional songwriters Indo-Canadian Raj Ramayya and San Francisco native Brett Boyd. Described as "Indian-influenced electro-acoustic alternative rock," The Beautiful Losers draw influence from a wide range of iconic rock artists, but it's their diverse and innovative musical style and their unforgettable songs with poignant lyrics that define and set the band apart. SAN FRANCISCO is a return to form for the group, who relocated to the US from Tokyo following the release of their 2010 album Four Corners of a Tiny Planet. San Francisco and Tokyo have a strong connection to each other, which The Beautiful Losers showcase in their music and in the video for the album track "I Will Always Be There." The video was animated by Giezelle Bernal, who also did the album art in the same style that highlights the strong connection between the two sister-cities that mean so much to The Beautiful Losers.