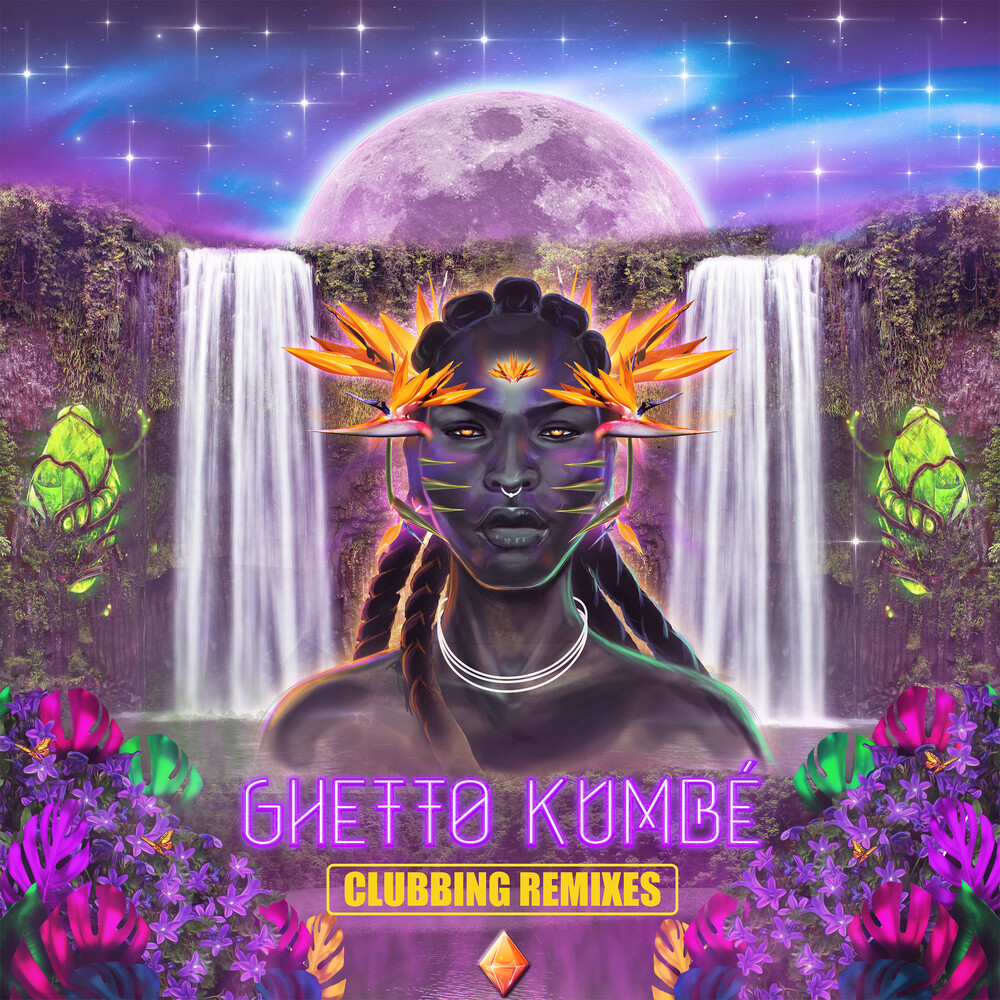 There's no denying the power of the drum. It's primal, it cuts across borders and most importantly, it makes you want to move.Ghetto Kumbé don't just understand that-they celebrate it, and it's why the tambor was at the heart of the Bogotá-based trio's 2020 self-titled debut album. Rooted in mysticism and the Afro-Caribbean rhythms they'd grown up with all their lives, the critically acclaimed LP thrillingly updated the traditional Latin template, folding in elements of modern hip-hop, house and bass music while also delivering a transportive Afro-futurist vision.On Clubbing Remixes, that vision has been further amplified, as Ghetto Kumbé-who were already one of Colombia's most prominent alternative acts-have now gone fully global; enlisting an all-star roster of artists from four different continents, they've put together a fresh version of their debut album that's been specifically geared to the world's diverse slate of dancefloors. As the title implies, the new LP is meant for the club, which is why Ghetto Kumbé have turned to Latin music heavyweights like Trooka-a multiple Grammy winner whose resume includes work with Lin-Manuel Miranda and Residente-and Monte (a.k.a. Bomba Estéreo founder Simón Mejía), along with top-shelf DJs like Nickodemus and Uproot Andy, two NYC artists who've spent decades championing Afro-Latin rhythms. True to the LP's global spirit, the record also includes reworks from batida maestro DJ Firmeza, fellow Afro-Portuguese outfit Studio Bros and Parisian house groovers Les Enfants Sauvages, plus genre-blurring remixes from sonically adventurous Colombians Montoya (himself another ZZK artist) and Cero39.Even the artwork on Clubbing Remixes is a remix, as Ghetto Kumbé have tapped Uganda's Denzel Muhumuza to transform the cover of their debut album into a new, explicitly Afro-futuristic illustration. Depicting a strong Black face and glowing neon fauna beneath a sparkling moonlit sky, the fantastical image speaks to both the ritual magic and Afro-indebted heritage of Ghetto Kumbé's music, and thanks to Clubbing Remixes, the group's passionate, drum-fueled sounds will soon be blasting out of soundsystems around the globe.