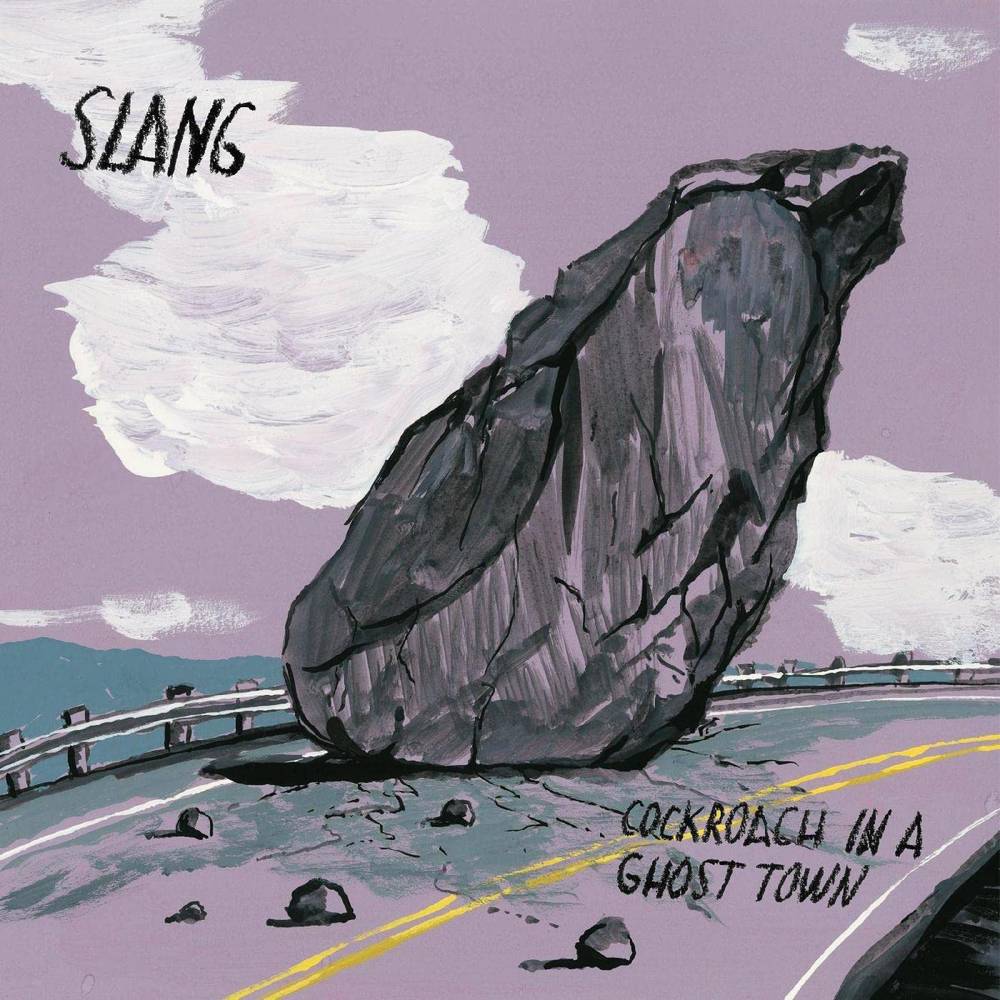 Slang's debut COCKROACH IN A GHOST TOWN is a force of nature that came, seemingly, out of nowhere. Lyricist/singer/guitarist Drew Grow and drummer/singer Janet Weiss started the band over a decade ago in Portland, OR'both having spent more than half their lives dedicated to making and performing music. Through the years, Weiss has played with everyone from her bands Quasi, Wild Flag, and Sleater-Kinney, to collaborators like Elliott Smith, Stephen Malkmus, and others.; Grow has fronted his own groups Modern Kin and the Pastors' Wives, producing other bands along the way. Starting as a moonlighting collaboration, the meeting of this particular group was kismet if not totally cosmic.

In their first iteration as a duo, Slang hammered the Everly Brothers inside-out; they put a keen new light on songs by the Traveling Wilburys and Jackson C. Frank'setting out to harmonize together and just play. Following a homespun two-song cassette, the band grew to include Kathy Foster (Roseblood, The Thermals) on bass and Anita Lee Elliot (Viva Voce) on guitar/vocals'with record appearances made by Sam Coomes (Quasi), Stephen Malkmus (Pavement), Mary Timony (Helium, Ex Hex, Wild Flag) and others.