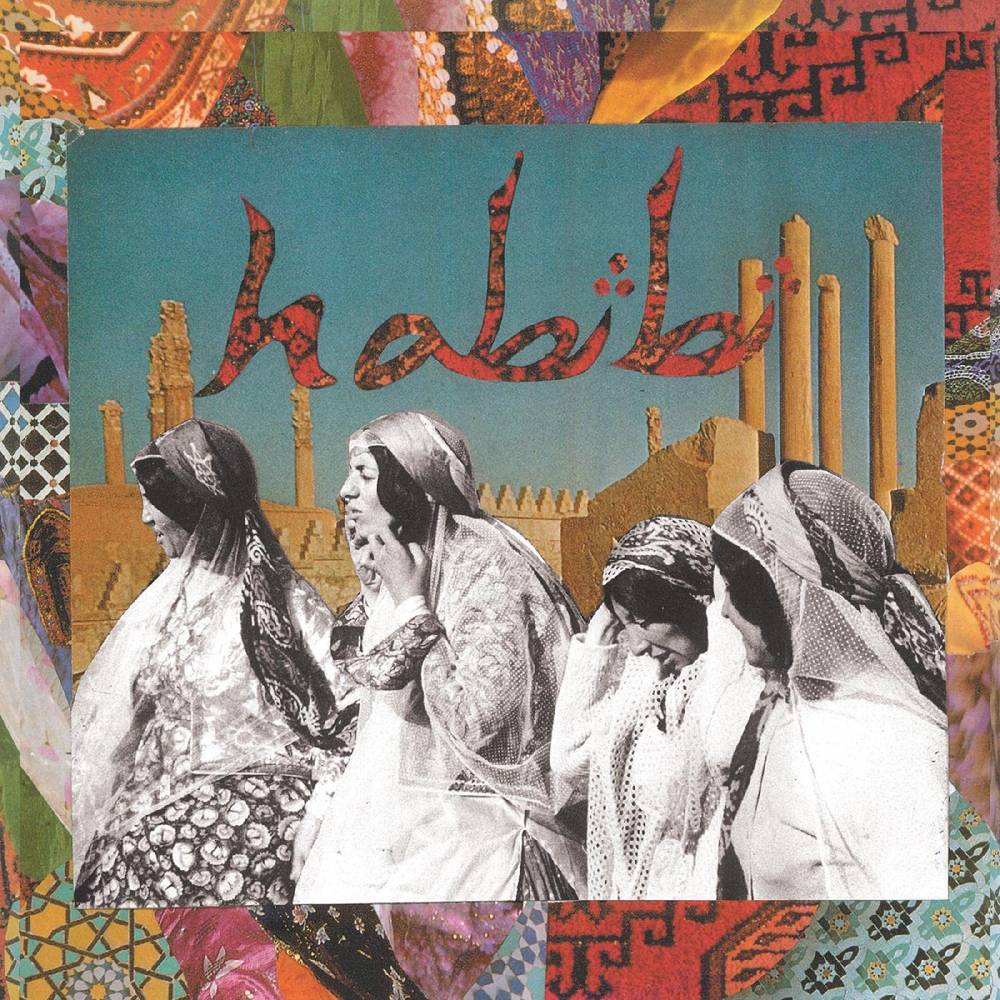 A cursory listen to Brooklyn indie act Habibi's self-titled debut album would initially seem to suggest a straightforward punk approach to the classic girl group template. Front-loaded with sweetly catchy upbeat pop tracks like "I Got the Moves" and "Detroit Baby," Habibi's indie shimmy rhythms and reverb-heavy harmonies find the middle ground between the Shangri-Las and the Undertones in the same way the Vivian Girls did on their earliest work. The guitar lines are direct and no-frills, drummer Karen Isabel manages to play in a way that is equally powerful and understated, and the vocals are distant and eerie, whether delivered in a frantic rush solely by lead singer Rahill Jamalifard, as on spiky garage tracks like "Persepolis," or in a dreamy cloud of harmony by multiple bandmembers. Getting past the first few easily digestible girl group pop hits, it becomes clear that the true strength of Habibi lies in just how strange and haunted the songs can get. There's a spooky desperation in the slinky after-hours club narrative of "Let Me In" and a simmering anxiety lurking beneath what first appears to be a carefree tale of summer seduction on "Siin." Habibi tap into the very specific energy of a young band putting together its earliest songs, free from the self-consciousness and rules that can creep in and dull groups down once they become more established. Instead, the 11 songs that make up this perfectly brief album feel fresh and spirited even in their moments of occasional awkwardness or disjointedness. Far from naive but also completely lacking any of the jaded calculation of many of their peers, Habibi's debut offers up a set of songs that swim in strangeness, beauty, and discovery and are every bit as infectious as they are refreshing. Far From Right I Got The Moves Detroit Baby Sunsets Sweetest Talk She Comes Along Persepolis Let Me In Siin Tomboy Gone Like Yesterday