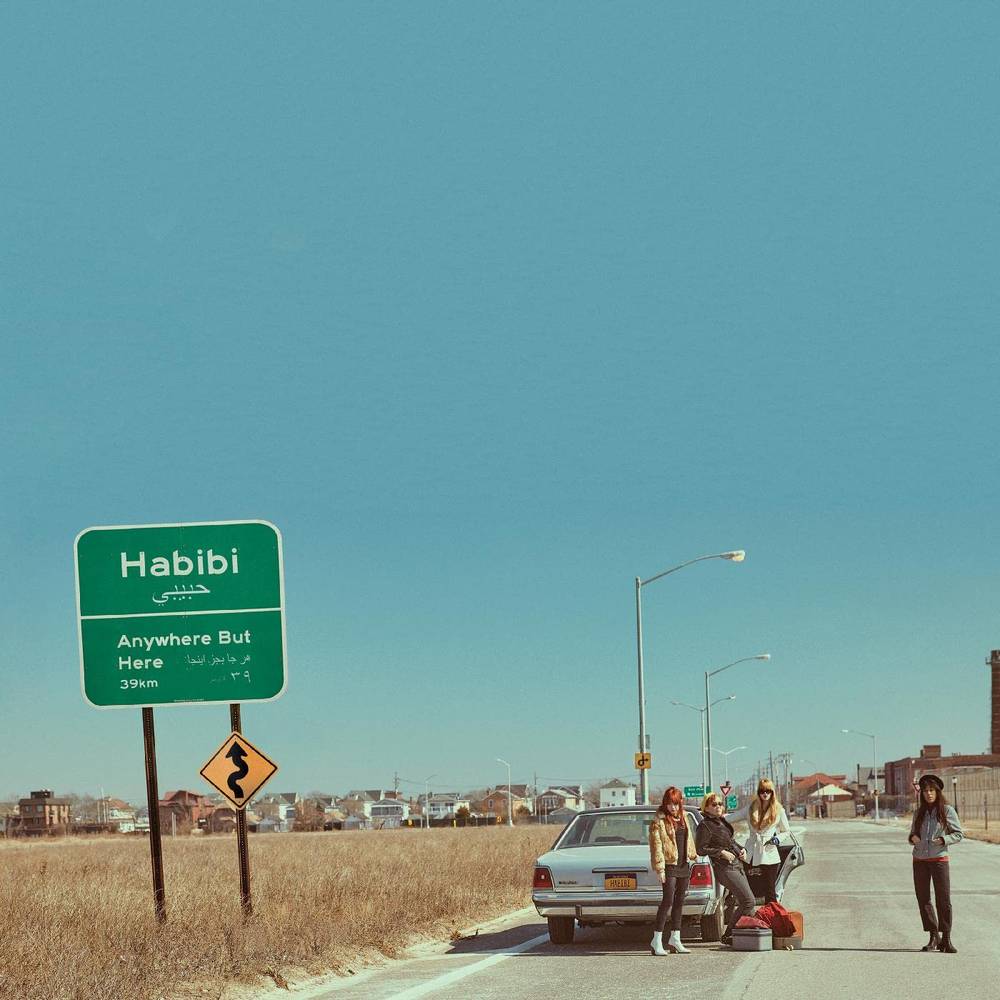 Brooklyn's Habibi brought an explosive and celebratory fun to their self-titled 2014 debut. That brief collection was overflowing with bubblegum melodies, upbeat pop, and the kind of giddy excitement that bands only revel in during their earliest stages. Six years later, sophomore album Anywhere But Here retains some of that excitement, but sees the band expanding into moodier expression, more complex songwriting, and an expanded instrumentation that includes occasional Middle Eastern touches. This kind of progression was hinted at on the band's 2018 EP Cardamom Garden, which saw them incorporating Persian hand percussion and lyrics sung in Farsi into shadowy rock tunes. Anywhere But Here splits its track list between higher-energy power pop songs like the attitude-heavy "Misunderstood" and more simmering, downtempo slow burns like "Flowers." On the moodier songs, spindly surf-rock guitar leads blur into reverb-coated vocal harmonies. The relaxed pace and sun-dazed atmosphere of "Angel Eyes" sounds like the Allah-Las at their most subdued, but before long, Habibi calls on the jittery fire of their earliest material for the dancey garage pop of "Bad News." Both Habibi's pop-friendly and atmospheric sides grow on Anywhere But Here, with more direct hooks on songs like "Hate Everyone But You" and a daring willingness to explore outside of their known parameters on songs like album-closer "Come My Habibi." Along with auxiliary percussion from a tombak player, the song finds a droning riff stretching into a psychedelic workout, taking the band further out than they've ventured before. Being able to break new, more serious ground without losing any of the pop core that made the band so fun to begin with is the album's key strength. Anywhere But Here not only has some of Habibi's most adventurous songs, but also some of their best yet.