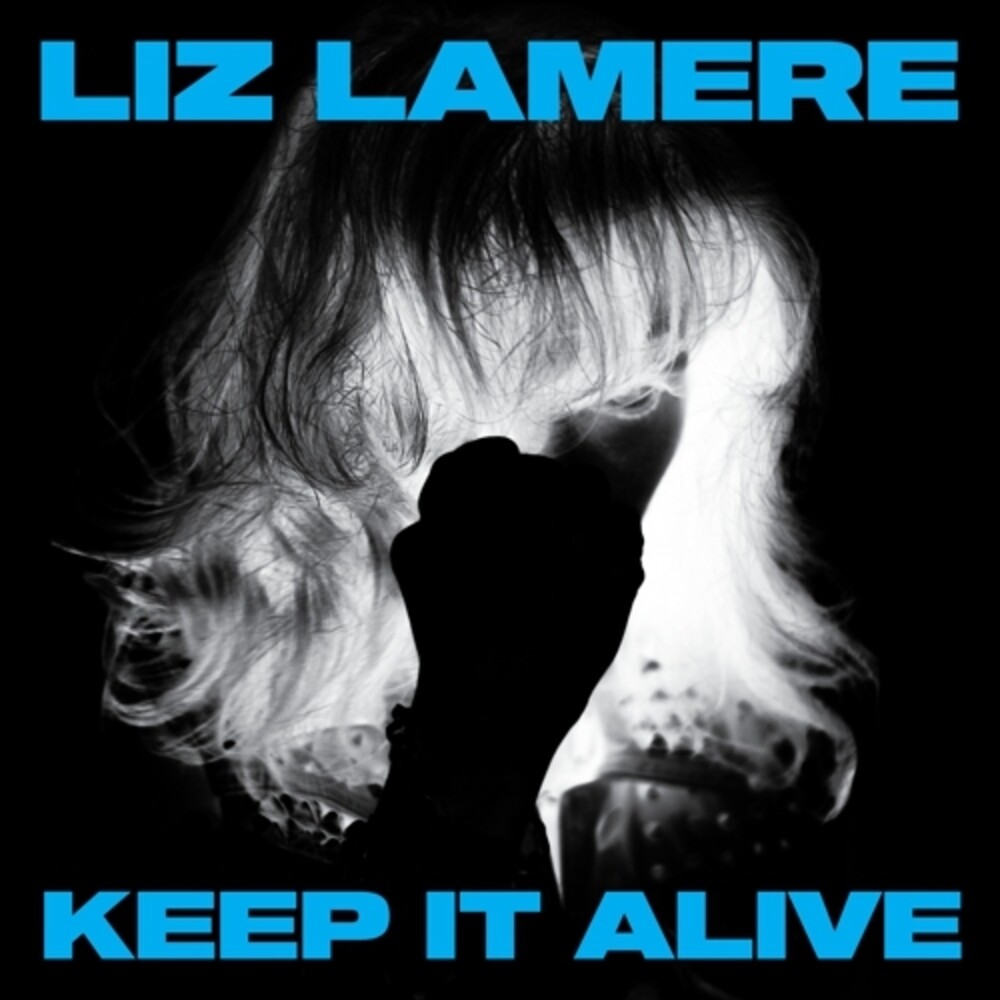 Liz Lamere has announced her debut album Keep It Alive via In The Red. After collaborating with late partner Alan Vega (Suicide) for over three decades on his solo work, and starting out playing drums in punk bands, she is releasing her own music. All of the music and lyrics were written and performed by Liz Lamere. It was recorded in her lower Manhattan apartment during lockdown, engineered by her and Alan's son Dante Vega Lamere in the same space where the Suicide singer constructed his light sculptures. They emerged with a riveting set of songs that are charged with an irrepressible lust for life and the feel for the contagious hook. The album was then co-produced and mixed by Jared Artaud and Liz Lamere, with Ted Young engineering the mixing sessions and Josh Bonati mastering."There's something very magical about creating music in the same environment where Alan created his visual art," notes Lamere. "His energy is pervasive and is inevitably infused in the recordings." She continues: "We were living through unprecedented times and Keep It Alive took adversity and uncertainty and turned it into a message of resilience and empowerment."The album courses with the defiant energy that motivated Lamere through her early double life as both Wall Street lawyer and downtown New York musician before meeting and falling in love with Vega led to her becoming his manager, creative foil and keyboard manipulator on solo albums beginning in 1990 (Deuce Avenue, Power On To Zero Hour, New Raceion, Dujang Prang, 2007, Station, IT) and recently released lost album Mutator that launched the Vega Vault she curates with Jared Artaud. After Vega passed away in July 2016, Lamere found it cathartic writing down thoughts and observations in notebooks. Simultaneously, she and Artaud started collaborating, overseeing the mastering of IT and then co-producing and mixing Mutator; and during this time they naturally discussed an alliance on the solo album she knew would be forthcoming. Keep It Alive is an homage to a song on Vega's New Raceion album that has significant meaning for Lamere. It was one of the key lines she would chant on stage, becoming a staple of live performances with Vega. The vision behind the album is about preserving your own inner fire. Lamere commented "Alan always encouraged me to make my own music, and I've waited until the time was right as I've been dedicated to preserving Alan's vision and building his legacy."