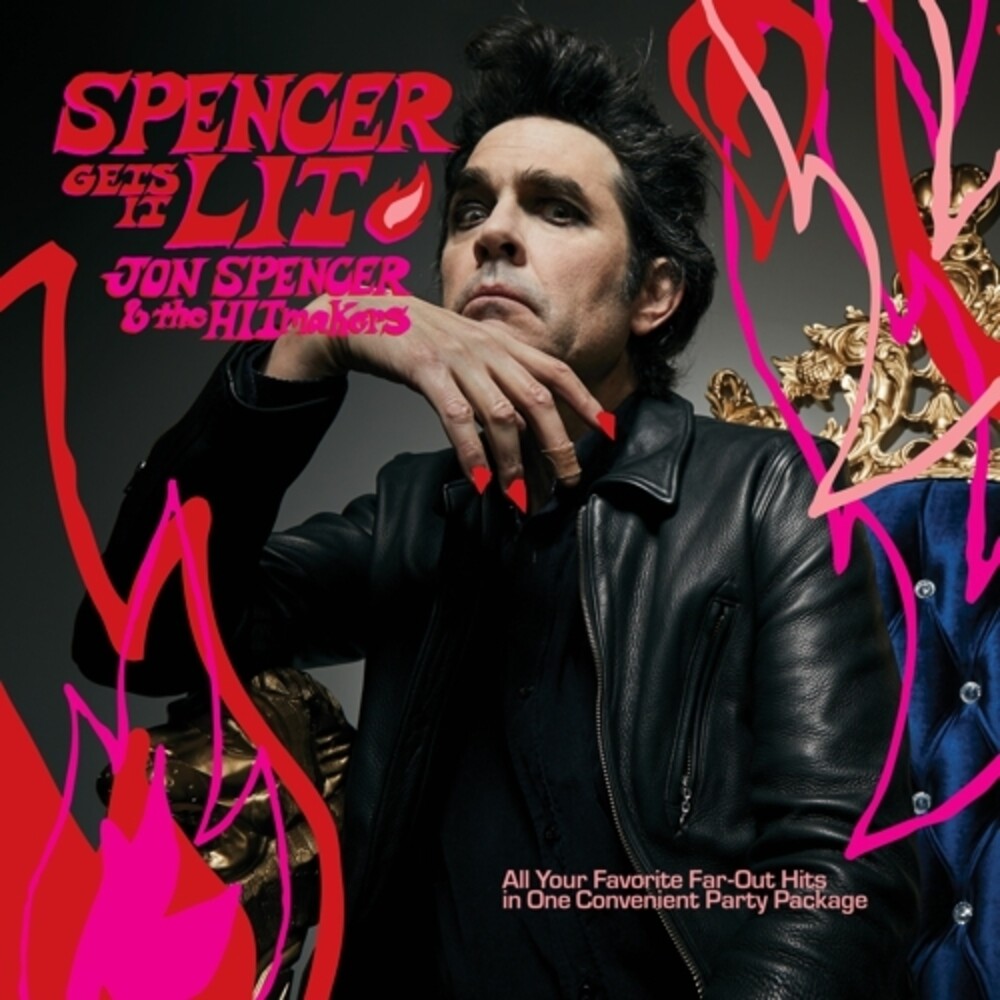 The incredible, indelible Jon Spencer (Blues Explosion, Boss Hog, Pussy Galore, Heavy Trash, etc) is back with the incendiary HITmakers-and with his hottest record yet!?Spencer Gets It Lit is classic Jon Spencer taken to the extreme-electro-boogie, constructivist art pop, and a psychedelic swamp of industrial sleaze and futurist elegance. It is an epic master work of freak beat from the world's weirdest garage. Across brain-boggling layers of fury, fuzz guitar, and a crash-bang battery of phaser blasts, photon torpedoes, and otherworldly zounds, he frantically spits, croons, rhapsodizes, and seduces. Spencer Gets It Lit is his most complex and groovy record in years, a dark, danceable odyssey-both a studied take-down of the early 21st century, and a celebration of the place where electricity meets the mind. Thirteen wicked hot songs of love, loss, lust, life-from the Farfisa-fueled, warped psycho-punk rave-up of "Junk Man," to the intimate lover's plea of "My Hit Parade," to the outer-space, end-of-days country funk of "Worm Town," Spencer Gets It Lit delivers all of the friction, excitement, and post-modern depravity one could ever ask for! Says Spencer, "Send out the Hit Signal! This is the most uncompromising album I've ever made!"