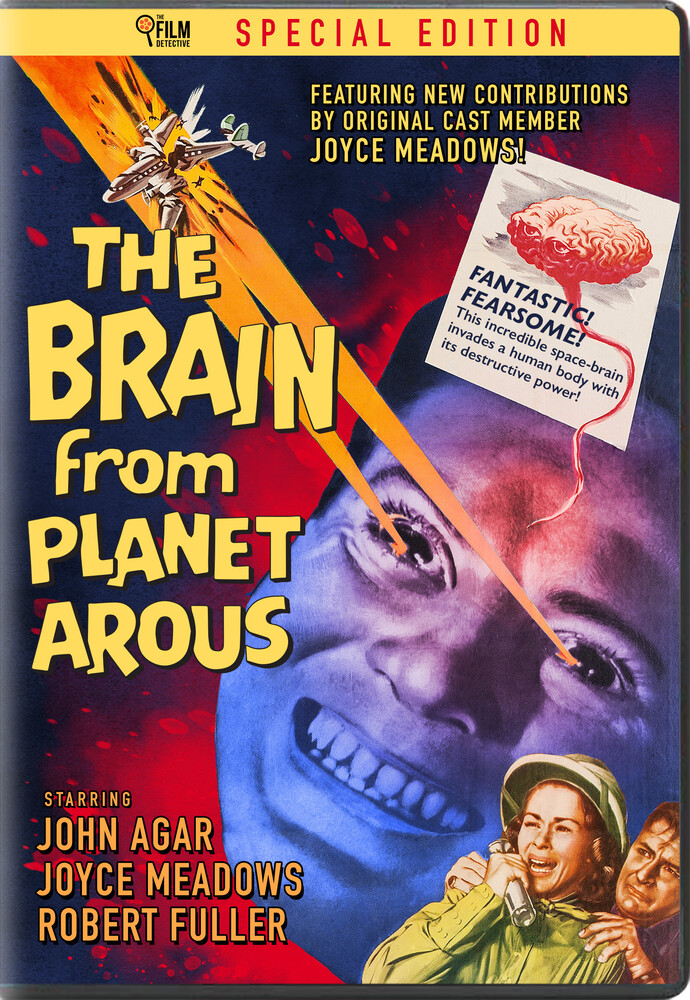 Get ready for planet Earth to be overtaken by a criminal brain from outer space! When Gor, an evil brain from planet Arous, inhabits the body of scientist Steve March, his intention is nothing less than world domination. Lucky for Earth, another intergalactic brain, Vol, offers to assist March's wife, Sally, in stopping the madness. How does Vol intend to help? By inhabiting Sally's dog! A great example of cut-rate sci-fi from the 1950s, this independently produced feature stars B movie favorite John Agar (The Mole People, Revenge of the Creature), and was directed by Nathan Juran, a master of the genre who helmed such classics as The Deadly Mantis, Attack of the 50 Foot Woman, and The 7th Voyage of Sinbad.