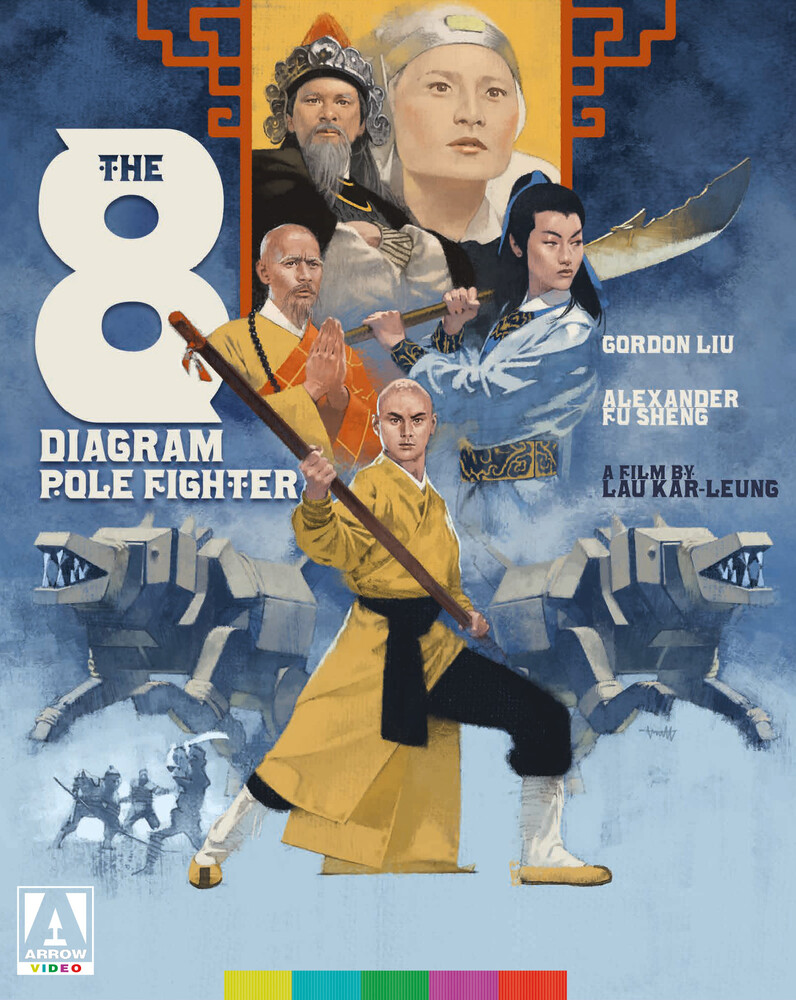 After one of it's lead actors (cherub-faced action icon Alexander Fu Sheng) unexpectedly died midway through production, fight-choreographer-turned-master-director Lau Kar-leung (The 36th Chamber of Shaolin) retooled his latest film, The 8 Diagram Pole Fighter, as the ultimate action spectacular in tribute to his young star. Loosely based upon the legendary Yang dynasty chronicled in Chinese folklore, the film starts as a family patriarch and all but two of his sons are brutally wiped out in a bloody battle with a rival family. One surviving son (Fu Sheng) returns to his mother and two sisters, driven mad with grief; the other (Gordon Liu) escapes and joins a nearby monastery while in hiding. Once he learns his sister (Kara Hui) has been captured by their enemies, however, the warrior-turned-monk realizes he must renounce his peaceful ideals in order to mount a rescue mission and avenge his family. One of Shaw Brothers' final all-star martial arts epics before they ceased filmmaking altogether, The 8 Diagram Pole Fighter is often regarded as Lau's masterpiece, as elegiac and suffused with anguish as it is thrillingly violent (not least in it's bone-crunching, teeth-smashing climax).