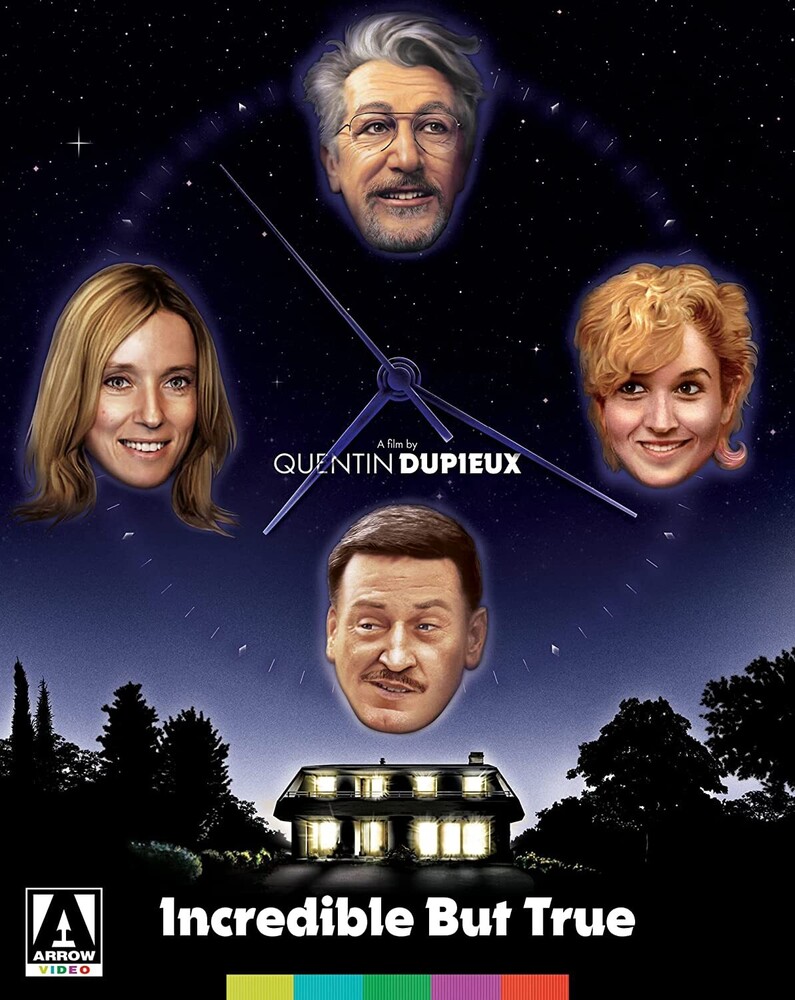 Quirky, deadpan humor, an absurdist eye for French social etiquette and a keen sense of the folly of existence are among the hallmarks of the oddball comedies of director Quentin Dupieux (Rubber, Deerskin), and Incredible But True is no different. The film has been described as "a fun little trinket that unmistakably comes from Dupieux's far-out perspective" (Jessica Kiang, Variety) and "a film with something of Charlie Kaufman or Spike Jonze" (Peter Bradshaw, The Guardian). Alain (Alain Chabat, Valerian and the City of a Thousand Planets) and Marie (Léa Drucker, War of the Worlds) are a middle-aged bourgeois couple who move to their new house in a quiet suburb. A key feature of their new abode that the estate agent points out to them is a mysterious tunnel in the basement. Little do they realise that it will turn their lives upside down... Incredible But True is an inventive and nimble tale that perfectly showcases the singular and eccentric vision that has made Dupieux the most exciting director working in France toda