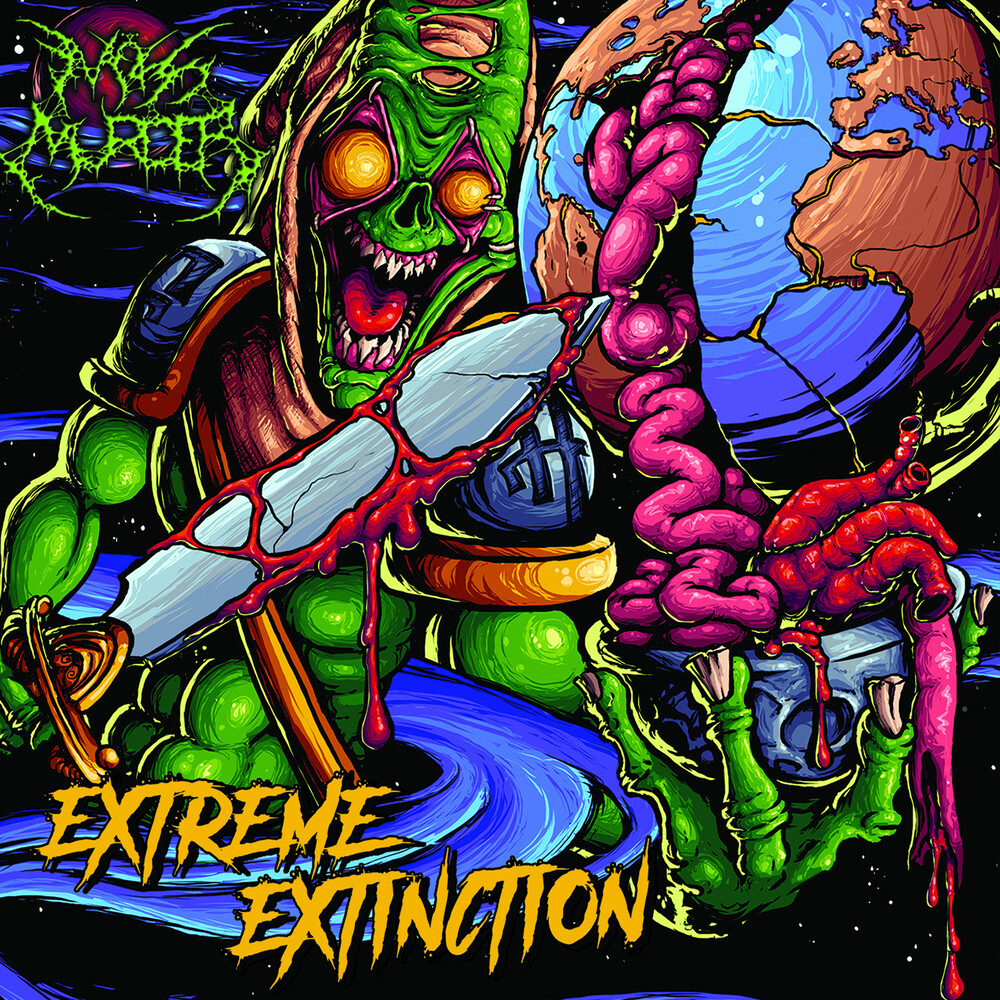 Italian brutal death metal group Mass Murder are ready with their second full-length release titled Extreme Extinction. The album was recorded by the band at War Studios, except the vocals, that have been recorded at Clab Studios by Angelo de Cosimo. In order to grant a high level sound quality, Mass Murder decided to invest a great deal in the mixing, working hard on it at the 16th Cellar Studios by Stefano Morabito. Extreme Extinction includes 8 tracks, plus an intro which opens the door of the main concept, thought of as a sort of ritual that invites you to travel this "journey" together with the band. Most tracks last about 3 minutes, with an extreme sound and timing they tear into the total destruction. The final track also features the vocalist Luis Maggio (Bloodtruth, Sudden Death,... and more). As can be seen from the artwork created by Pasquale Tomaiuolo from Warning Film, the main theme of the album is focused on "divine retribution", where an alien higher power determines the fate of human beings judging them for their sins. Entering their minds, he is able to bring out the darkest and the most hidden sides of their consciences and forces human beings to wish for death by feeding on their fears and on their desperate pleas for mercy. However, this is only the beginning of a psychological torture which will lead to the extinction of mankind. A choice to purify planet Earth, where nowadays the measure of a man depends on his ego, thrashing him out from the excessive corruption and impurities which devour his integrity. All this is narrated in first person, describing the sinner and the pain he has to pay, altering the way of seeing things through the use of a matrix of cruelty and brutality, especially at a psychological level. This concept will be the opening chapter to the main theme of Mass Murder's next and third album which they already have planned for the future.