Day Of The Animals - Day of the Animals | RECORD STORE DAY 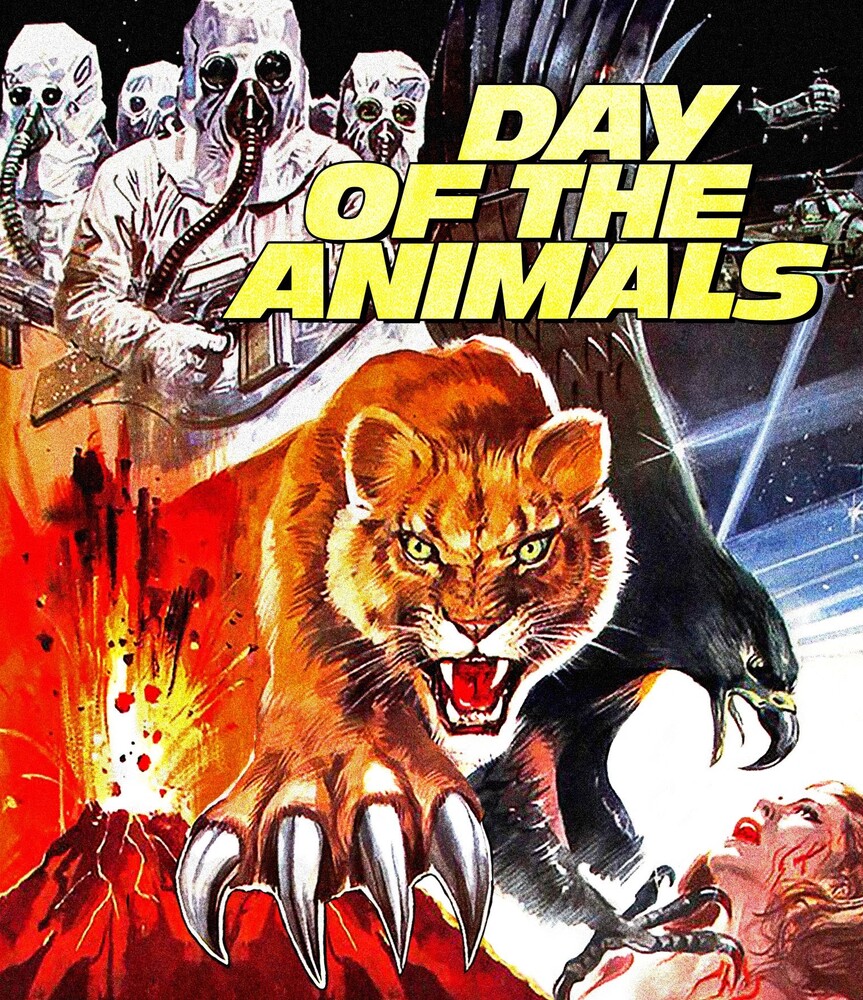 Just when you thought it was safe to go back in the wilderness, director William Girdler and producer Ed Montoro sought to top their surprise blockbuster GRIZZLY with a bigger budget, larger cast, and even more nature-gone-berserk carnage: When a hole in the Earth's ozone layer triggers bloodthirsty madness throughout the animal kingdom, all mankind - particularly a group of tourists on an overnight hike - will become their prey. Christopher George, Lynda Day George, Richard Jaeckel, Michael Ansara, Andrew Stevens and Leslie Nielsen - in his now-legendary pre-AIRPLANE! Performance that "is worth the price of admission alone" (DVD Talk) - star in "one of the most outrageous offerings the drive-in has ever known" (Pop Matters), now featuring a 2K scan from the internegative and howling with Special Features produced exclusively for this edition.