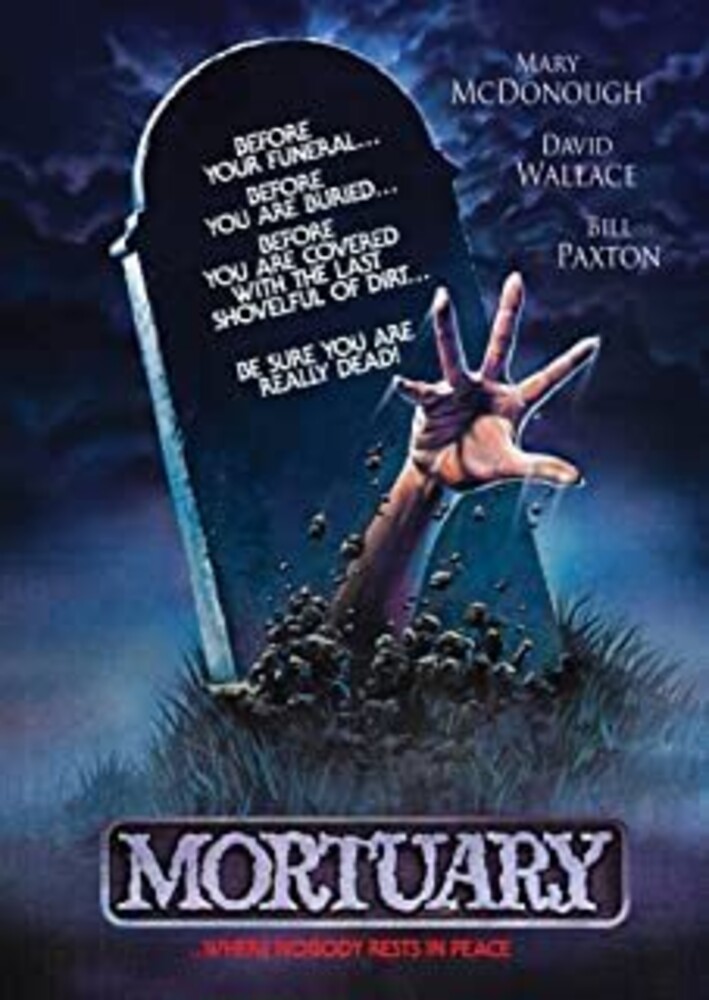 Real-life husband and wife Lynda Day George (TV's 'Mission Impossible') and Christopher George (Pieces) star along with Bill Paxton (Aliens), Mary McDonough (TV's 'The Waltons') and David Wallace (Humongous) in this chilling tale of horror-filled nightmares that come startlingly close to reality.Christie Parson (McDonough) has been having terrifying nightmares ever since her father, Dr. Parson, drowned in the family swimming pool. She knows his death was not an accident, but no one will believe her... until her boyfriend, Greg Stevens (Wallace), sees the hooded figures that Christie describes in her dreams, in the town's mortuary. Greg's and Christie's curiosity plummets them into a series of bizarre and terror-filled circumstances, leading them to the ghastly truth behind her father's so-called accidental death.MORTUARY... where nightmares become a reality!