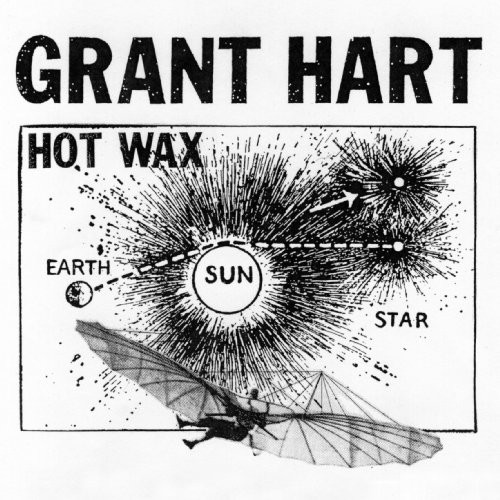 DISC: 1
1. You're the Reflection of the Moon on the Water
2. Barbara
3. Charles Hollis Jones
4. School Buses Are for Children
5. Narcissus, Narcissus
6. California Zephyr
7. Sailor Jack
8. I Knew All About You Since Then
9. My Regrets

New Pressing on white/blue swirled vinyl! Grant Hart's first solo album of the 21st century is one of the best things he has ever done. The former Husker Du drummer and co-songwriter worked with the diverse cast of musicians from Godspeed You Black Emperor and Silver Mt. Zion on this new LP, Hot Wax, recorded in Montreal and Minneapolis. Grant on some of the some of the songs: The song "Narcissus, Narcissus" is my first attempt at combining ancient Greek mythology and American rock-a-Billy. By merging those influences with an ice cream truck atmosphere I think I have found a style that defines this period of my career. "You're the Reflection of the Moon on the Water" is one of the most organic rock and roll songs that I have ever written. It's style owes a lot to my devotion for Patti Smith. It was inspired by a comment made by a monk during the selection process to find the next Panchen Lhama, who said of one candidate, "he is the reflection of the moon on the water but he is not the.