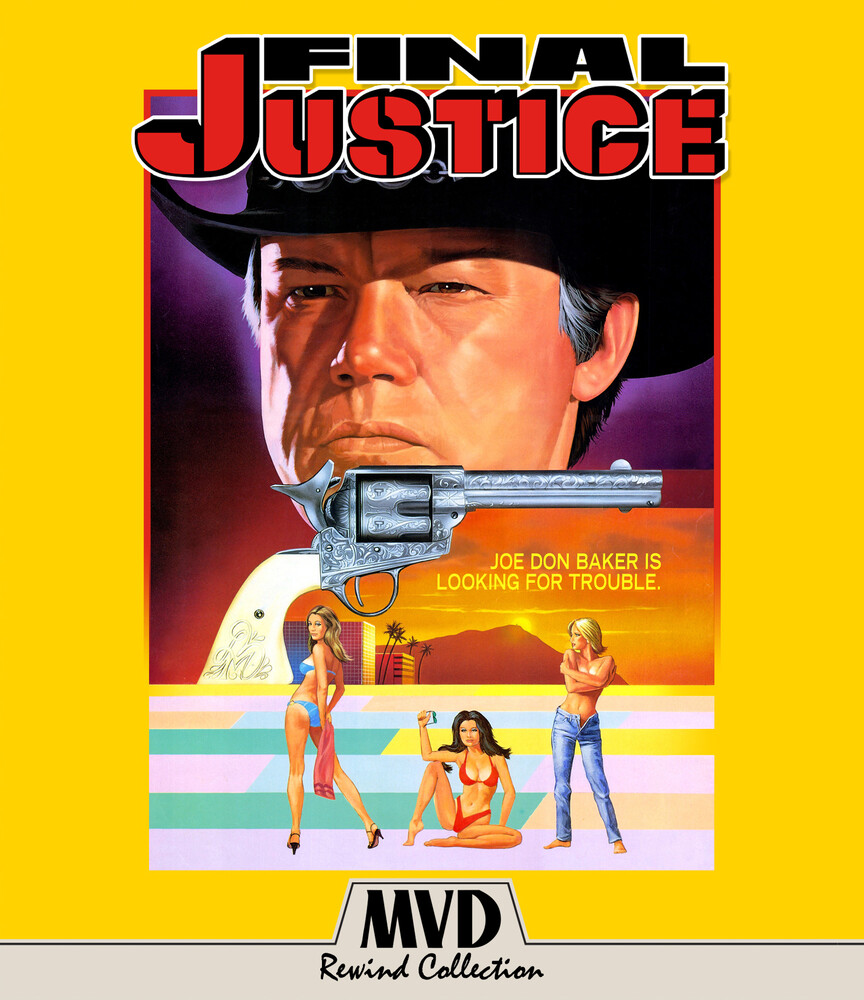 The stellar talents of Joe Don Baker (Fletch, GoldenEye), whose stirring portrayal of the legendary Buford Pusser of "Walking Tall" brought him instant acclaim, highlights this fast-paced action/adventure of a Texas sheriff determined to apprehend Mafia killers is this 1980's cult classic produced, written and directed by Greydon Clark (Without Warning, Joysticks).Thomas Jefferson Geronimo, III (Baker) is a deputy sheriff working in a small town in South Texas. When Joseph Palermo (Venantino Venantini, Ladyhawke) and his brother Anthony, two Mafia hitmen, attempt to escape across the border into Mexico, Geronimo moves into action. With lightning speed he kills Anthony and captures Joseph, but Geronimo's fight with the underworld isn't over yet. He is ordered to escort Palermo back to his native country, Italy. But geroinimo is unprepared for the battle that awaits him as Palermo's cohorts plan for their expected arrival and plot to halt his FINAL JUSTICE