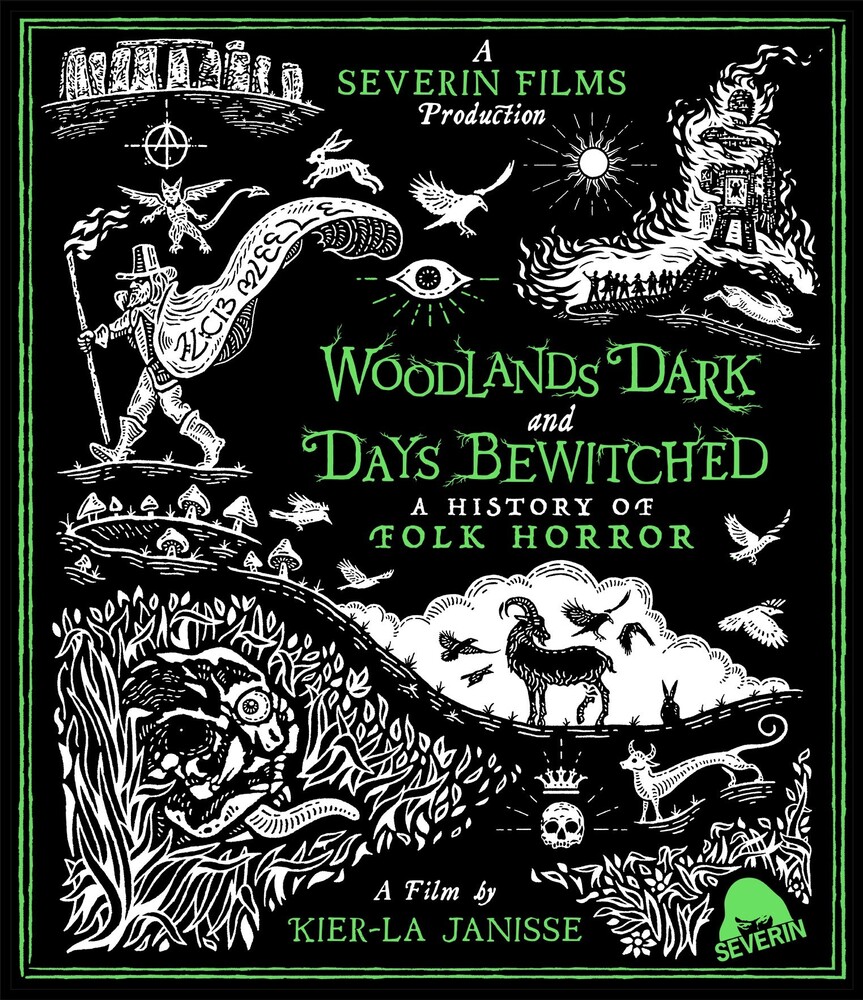 NOW INCLUDING FEATURETTES, OUTTAKES & MOREIt's been hailed as "stunning" (Diabolique Magazine), "brilliant" (AV Club) and "mind-blowingly epic" (Film Threat), and stands as perhaps the definitive genre documentary of our time. From writer/director/co-producer Kier-La Janisse comes "a seductive mega-text" (Indiewire) through the history of folk horror, featuring clips from over 200 films and interviews with more than 50 filmmakers, authors and scholars that explore the rural roots, occult creeds and cultural lore that continue to shape international cinema. Severin Films presents this "astounding achievement" (Screen Anarchy) - also featuring an original score by Jim Williams (A FIELD IN ENGLAND), animation by Ashley Thorpe (BORLEY RECTORY) and collage sequences by Guy Maddin (MY WINNIPEG) - that Rue Morgue calls "an unprecedented journey into where folk horror has been, where it's going and ultimately what it says about humanity."