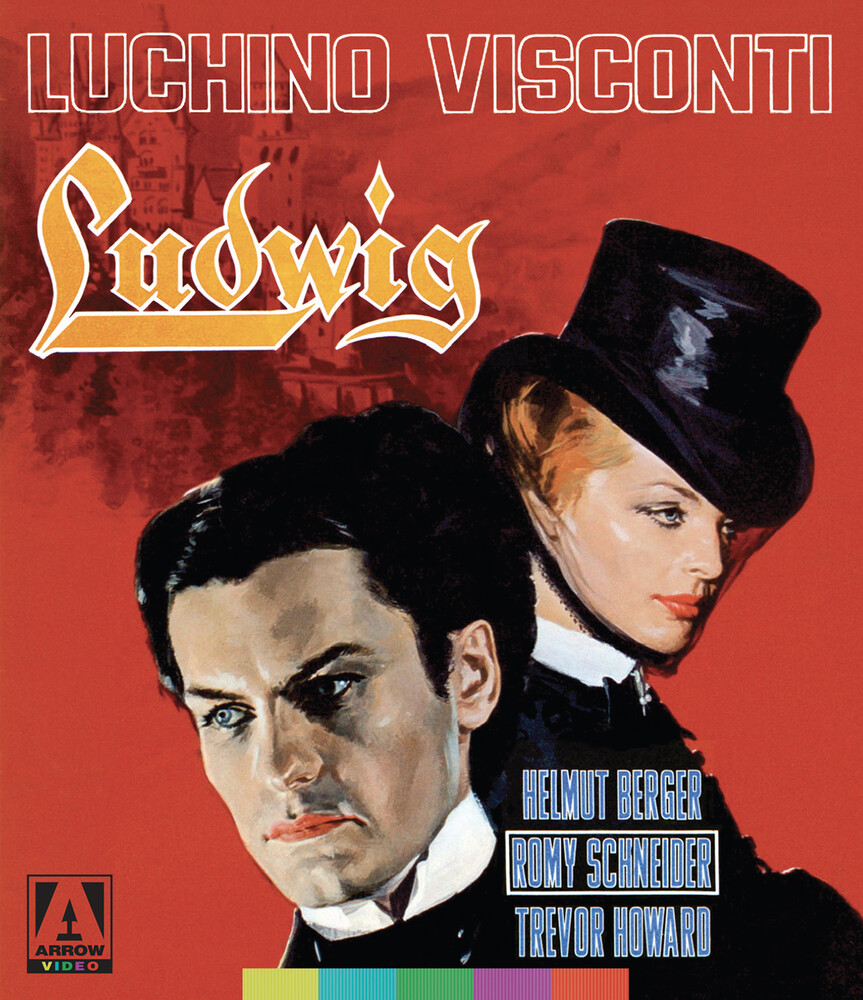 A string of masterpieces behind him - including Ossessione, Senso, The Leopard and Death in Venice - the great Italian director Luchino Visconti turned his attentions to the life and death of King Ludwig II of Bavaria in 1972, resulting in an epic of 19th century decadence. Dominated by Helmut Berger (The Damned, The Bloodstained Butterfly) in the title role, Ludwig nevertheless manages to find room for an impressive cast list: Romy Schneider (reprising her Elisabeth of Austria characterization from the Sissi trilogy), Silvana Mangano (Bitter Rice), Gert Fröbe (Goldfinger), John Moulder-Brown (Deep End) and Trevor Howard (Brief Encounter) as Richard Wagner. As opulent as any of Visconti's epics - Piero Tosi's costume design was nominated for an Academy Award - Ludwig is presented here in it's complete form in accordance with the director's wishes.