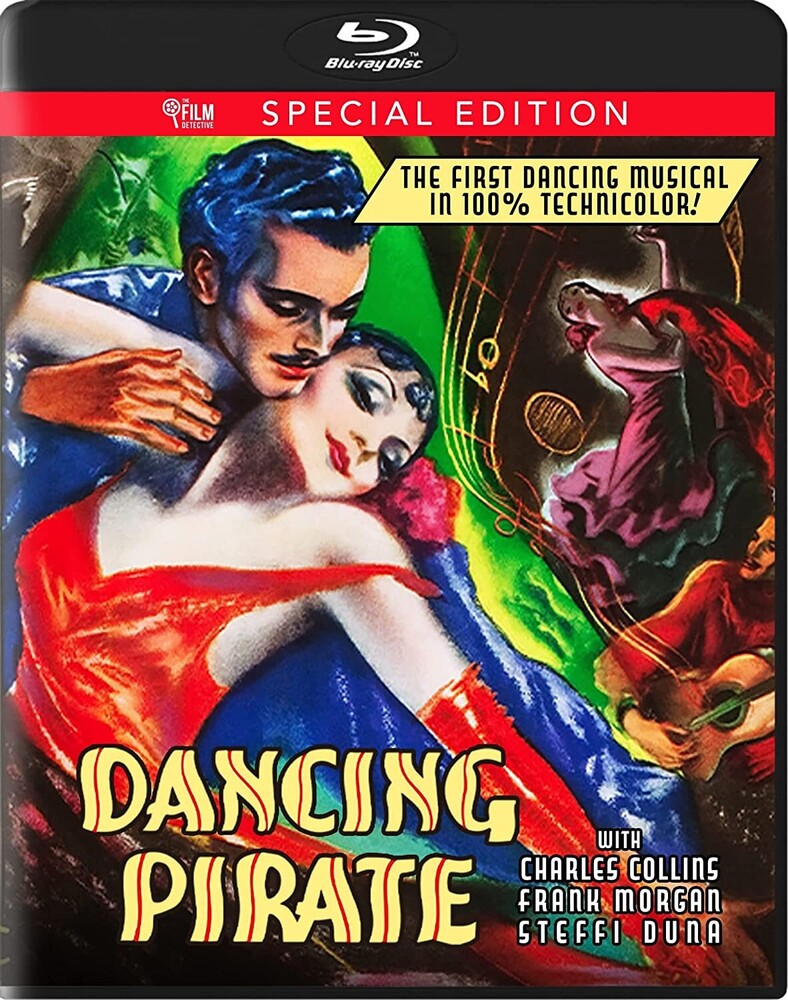 A dance teacher from Boston (Charles Collins) is tricked into joining a band of pirates, which leads to him being fitted for a noose in California. He catches a break when the mayor's daughter demands the hanging be postponed until he teaches her to waltz, but his problems are only beginning! The Dancing Pirate (1936) received an Academy Award nomination for "Best Dance Direction," and was billed as "The first dancing musical in 100% new Technicolor." Look for Frank Morgan (The Wizard of Oz) as the mayor, and Steffi Duna (Waterloo Bridge) as his dancing daughter. Also, keep a sharp eye out for Rita Hayworth (Gilda) as an unnamed "specialty" dancer. Distributed by RKO Radio Pictures, this mix of comedy and rousing dance numbers was described by the Detroit Free Press as "light, gay, and charming." Watch and see why Charles Collins was compared by one critic to "Douglas Fairbanks in his most acrobatic days."