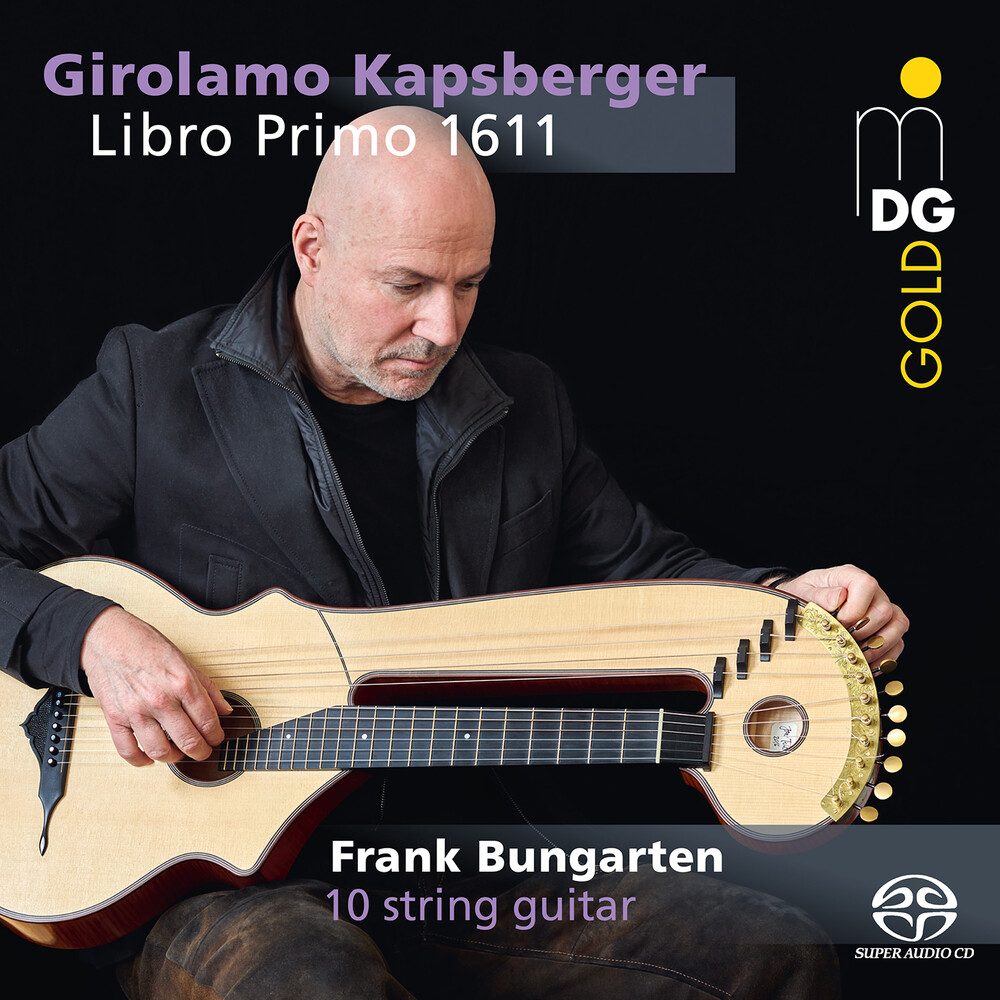 Once again, Frank Bungarten has delved into the exciting history of guitar making, following the two previous projects, each of which was awarded an "Opus Klassik". Now it is the bowed guitar, equally impressive visually and acoustically, that the artist documents for the first time in a recording. Jan Tulácek, a highly specialized restorer from Prague, built him an exact replica for this recording, based on Schenk's original from the Berlin Musical Instrument Museum, on which Giovanni Girolamo Kapsberger's imaginative lute tablatures are opulently heard. The bowed guitar is actually at home in the Biedermeier era. It's stringing as a 10-string third guitar, however, is perfectly suited to Kapsberger's music originally intended for Rennaissance lute. The body of this instrument is extended in a wide arc around the fingerboard and joins the pegbox at the end, resulting in striking resonances. The range and sonority are more reminiscent of keyboard instruments than a guitar. With it's equally long-lasting and lively articulation, the bowed guitar proves to be ideal for a style that the lutenist Israel Golani called "17th century bebop". Highly expressive, with abrupt changes of affect, "Il primo libro di Intavolatura di Lauto" speaks directly to the mind and makes a broad sweep, even reaching into the rhetoric of sentiment. To the rhetoric of sensibility and the harmonies of jazz. Even during his lifetime, Kapsberger was regarded as a singular phenomenon in the papal Roman environment; for his lute lessons, he is said to have demanded - and received - twice as much in fees as his colleagues.