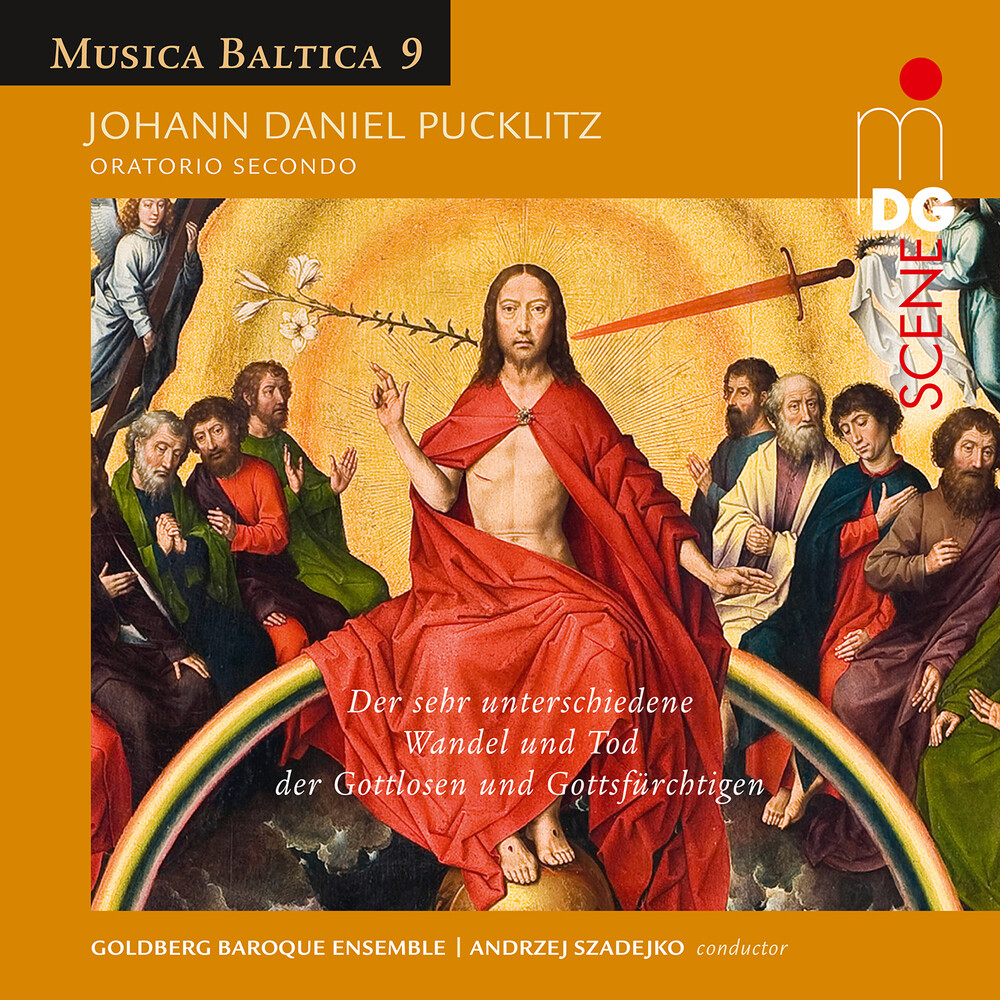 He was a cellar master and council musician, impresario and music manager, concert promoter and composer. But above all, Johann Daniel Pucklitz was a deeply devout protestant Christian. With his Goldberg Baroque Ensemble, Andrzej Szadejko has reconstructed Pucklitz's oratorio "The Very Different Change and Death of the Godless and the God-fearing", bringing a score of incomprehensible color to new life after more than 250 years. The two-part work is already surprising in it's proportions: An extensive, three-movement Sinfonia is followed by a wide-ranging chorale motet, which also brilliantly brings out the soloists in the aria sections. Pucklitz was probably following the expectations of the Gdansk public, for he composed such works on his own account and at his own risk. Pucklitz's sense of dramaturgy and tonal effect is fascinating. The instruments of the large orchestra are used sparingly but very effectively, including solo bravura parts. And while the wicked celebrate with timpani and trumpets in the first part before breaking out into fearful lamentation, redemption and eternal peace beckon to the godly in the second part. Pucklitz has saved several sonic surprises for this finale: A glass harp lends the "Desired Hours of Death" almost unearthly magic, while harp and cymbals delicately and gently prepare the triumph of the heavenly kingdom - a grandiose finale that no one can resist.