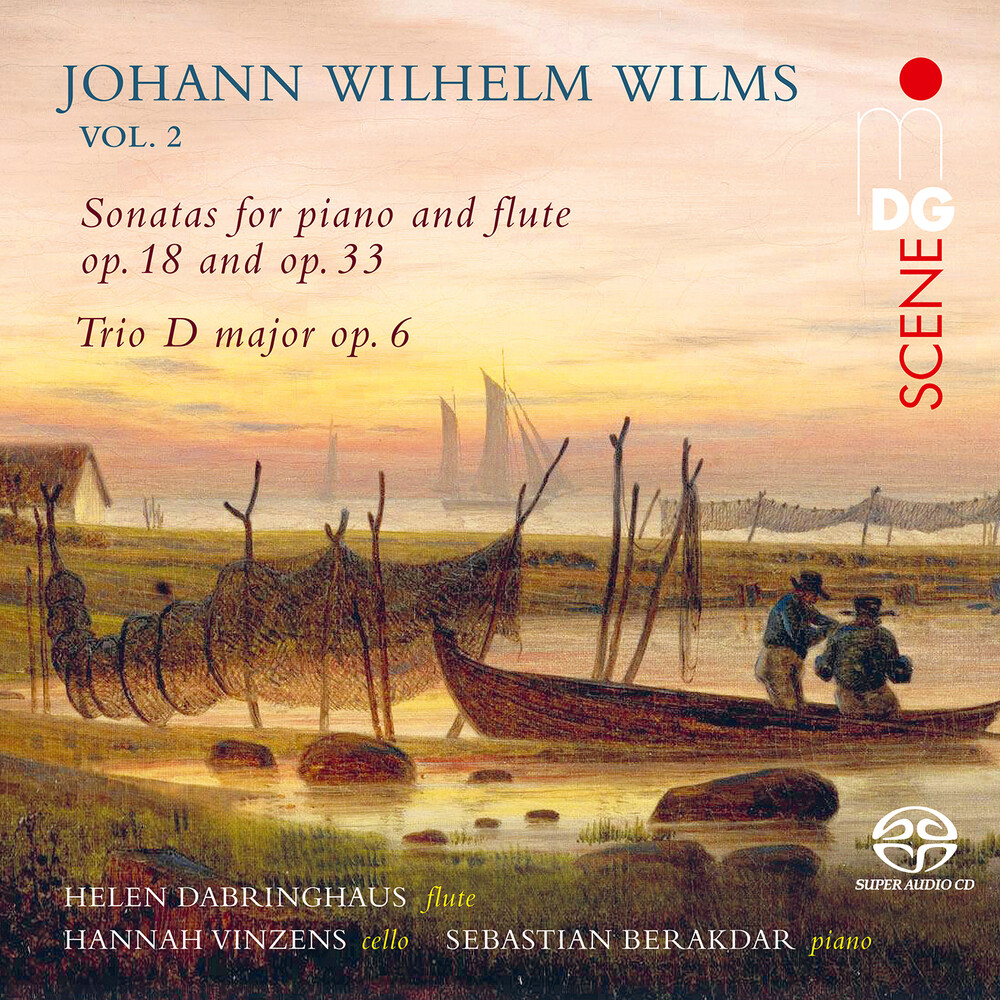 Johann Wilhelm Wilms knew his way around the flute very well. Helen Dabringhaus has already demonstrated this impressively with her splendid rediscovery of the urbane virtuoso in the wake of Mozart and Haydn - an important expansion of the classical flute repertoire. Now the flautist, who is eager to make discoveries, is following up with another set of his chamber music together with her long-time piano partner Sebastian Berakdar and cellist Hannah Vinzens, including Wilms' single trio, which attracts attention with it's remarkable instrumental treatment. Although the main task undoubtedly falls to the piano, the parts of the flute and especially the cello go far beyond what was usual at this time. Instead of simply concealing the weaknesses in the bass and treble of the pianos in use around 1800 by doubling the lines, both instruments make a significant contribution to the musical events - almost visionary, and a trailblazer for the emerging Romantic period. This is especially true of the Flute Sonata op. 33, which assigns both instruments rewarding tasks. Wilms knows how to treat the flute in particular - just as he did in the early sonatas op. 18 - to great advantage; not a matter of course, considering that the groundbreaking improvements to the instrument by Theobald Böhm were still several years away. Helen Dabringhaus and Sebastian Berakdar make it clear why Wilms was so immensely popular in his adopted home of Amsterdam during his lifetime. The gallant, pleasing tone is convincing from the first to the last note.