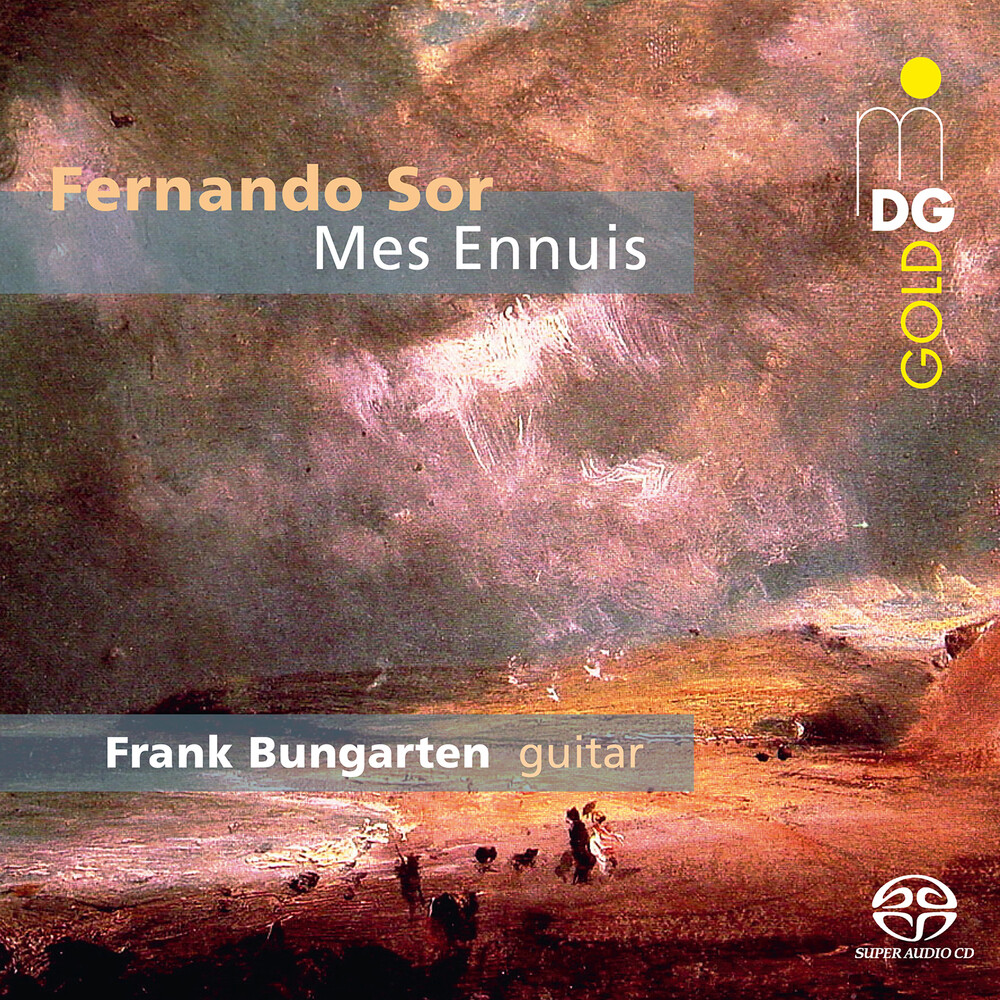 Fernando Sor is probably only known to guitar enthusiasts today. The fact that his extensive oeuvre is hardly known beyond the etudes probably has to do with his renunciation of outward virtuosity while at the same time maintaining the highest technical standards. It takes a master like Frank Bungarten to lend glowing expressivity and delicate elegance to works that at first sight seem brittle. Sor does not make it easy for guitarists: where his contemporaries increasingly produce pleasing salon pieces or shine with virtuoso bravura, he writes sonatas of enormous scope, and instead of at least delivering a rousing finale, he ends with an almost timid minuet. For the listener, many of the smaller pieces seem simple and unpretentious - at least when Frank Bungarten makes us forget the enormous difficulties. Sor explores the expressive possibilities of the guitar in uncompromising depth, especially the cantabile playing and the complexity of the movement are unparalleled. Exceedingly comprehensively educated, he seeks to make the limitations of the instrument forgotten. His ambition to succeed as an opera composer remained unfulfilled - so the everyday dramas take place in the small forms... This is not for the large concert hall, where one hardly ever encounters Sor's works. In the intimate atmosphere of the salon or the living room at home, however, a universe of dreamlike nuances of musical expression opens up to the attentive listener. The finely balanced recording technique never pushes itself into the foreground and allows a deep immersion in this world of sound, which begins to sparkle particularly attractively in the three-dimensional reproduction.