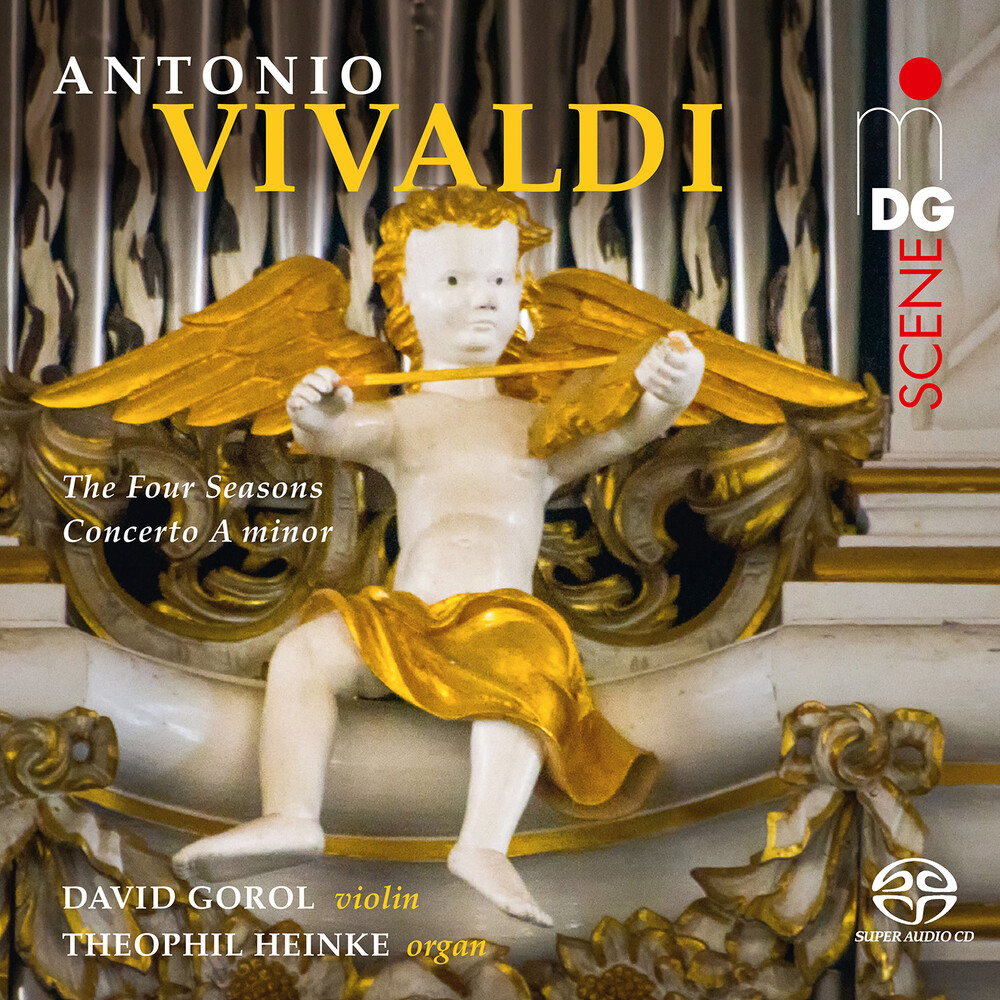 Vivaldi's "Four Seasons" is one of the greatest evergreens of all time. The sound painting of the Venetian violin virtuoso simply casts a spell over everyone. David Gorol and Theophil Heinke go one better: Their arrangement for violin and organ makes use of the richness of sound of the queen of instruments and adds a whole new dimension to Vivaldi's already broad palette. In addition, there is the A minor Concerto, which Bach had already transferred to the organ. The fact that a historical jewel, the famous Trost organ in Waltershausen, can also be heard in it's original sound makes this brand-new Super Audio album a triple listening pleasure. Above all, Vivaldi's sound extremes are considerably expanded with the organ: it thunders and flashes in the summer thunderstorm, it's a joy; the horns blow cheerfully for the hunt, and at the latest when the birds warble in spring, one no longer wants to miss the flute stops of the listed instrument. The adaptation is by no means trivial: the highly virtuosic violin part, which David Gorol presents on a modern instrument with somnambulistic certainty and a fine feeling for the drama of the score, remains untouched. In favor of a brilliant expression, a retuning to the historical pitch of the organ was dispensed with - a challenge for Heinke, who thus has to orchestrate in extremely unusual keys. As an encore, Gorol and Heinke also offer the distinctively arranged A minor Double Concerto. Here, the violin performs directly with the second soloists part played by the organ.